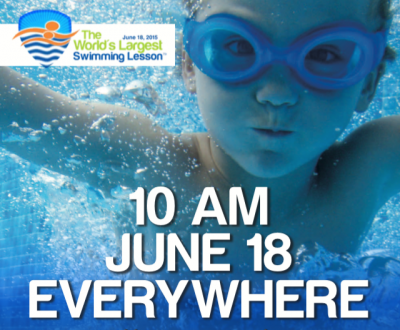 Around the world, more than 800 aquatic facilities and registered swim schools from 22 countries are set to take the plunge, mid-morning local time on Thursday 18th June, to teach the same lesson at the same time in order to try and break a Guinness World Record.

Swim Australia – the learn-to-swim experts, and swim school authority – are the latest organisation to back the World’s Largest Swimming Lesson (WLSL), insisting that, even though the event is being run in Australia’s non-peak swimming season, drowning is a year round reality, making water education and drowning prevention, an on-going issue.

Swim Australia Chief Executive Ross Gage stated “between 1st July 2013 and 30th June 2014, 266 people drowned in Australia (and) 18%, or 48 of those deaths, occurred in winter. “Annually, accidental drowning tragedies, still claim more young lives in Australian children four years and under, than any other incident.

“While it’s cold outside, our advice is the same - no matter the season: it’s never too cool for swim school.”

Gage says that the main aim of this event, is to raise world-wide awareness of water safety, and the importance of swimming year round to help ensure skills are maintained and improved.

He added “although the World’s Largest Swimming Lesson was conceived in America, come 10am on the 18th (June), while the USA schools and the rest of the world sleep, our Swim Australia Registered Swim Schools will be conducting the approved 30 minute lessons.

“The rest of the world will then follow suit come 10am their local time, and hopefully we can collectively create history.” 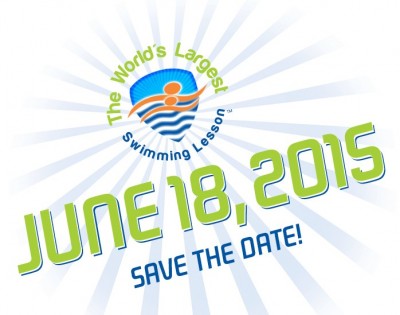 The current Guinness record stands at 36,564 swimmers, set by the participants in the 2014 World’s Largest Swimming Lesson.

Since its first event in 2010, more than 120,000 people have participated in the World’s Largest Swimming Lesson events, and millions of individuals have learned about the vital importance of teaching children to swim.

For further information go to www.worldslargestswimminglesson.org