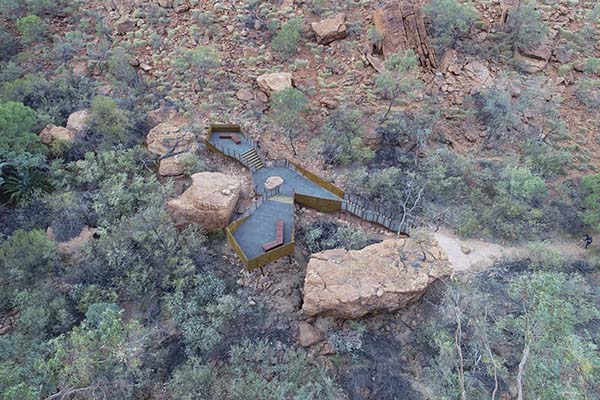 Following the destruction of the original platform in a rock fall, visitors to Watarrka National Park can once again enjoy close-up views of the canyon’s majestic red walls from a new viewing platform which has opened at the end of Kings Creek. 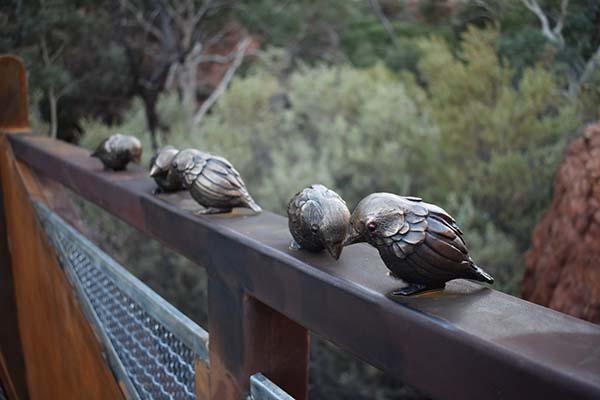 Last year Watarrka welcomed over 257,000 visitors, an increase of 6 per cent since the 2016/17 financial year and 2019 will see increases aligned to the exceptional season of self-drive and touring visitors to the region.

Commenting on the opening, Northern Territory Minister for Tourism, Sport and Culture, Lauren Moss, stated “the Territory Government’s efforts to boost tourism numbers through our record Turbocharging Tourism investment are working with international and domestic holiday visitors in the year ending March 2019 increasing by 10% to 906,000 visitors. Expenditure was also up by 25% to $1.2 billion.

“Adding new facilities and attractions to our national parks creates more reasons for people to visit, which injects money into the Territory economy.

Member for Namatjira, Chansey Paech MLA added “Watarrka is one of Australia’s most stunning national parks, and the new viewing platform will help visitors immerse themselves in its ancient landscape.

“The Creek Walk and new platform provide an easy and comfortable option for those who may not have the time or physical capacity to undertake the six-kilometre Rim Walk, or who arrive at Watarrka on a day when weather conditions may be too hot to safely undertake the Rim Walk.

“The Territory Government will continue to work with the Traditional Owners of Watarrka National Park to identify opportunities for new tourism experiences.”