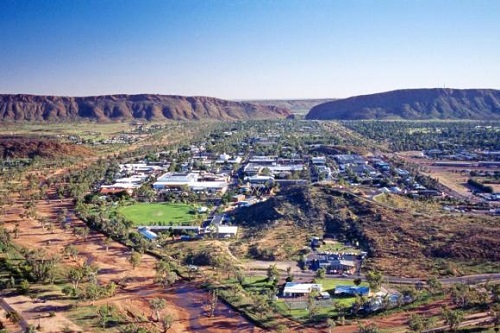 The National Aboriginal Art Gallery in Alice Springs will bring an additional 53,000 visitors each year, deliver up to $64 million into the economy and generate up to 245 local jobs, according to an independent business case into the project released this week.

Prepared by consultant Ernst and Young (EY), the business case is based on the development of a national institution in the centre of the Northern Territory city and finds that it will deliver significant social, cultural and economic benefit to Alice Springs and surrounding region.

The Northern Territory Government has committed an initial $50 million to the Gallery project as part of its $100 million investment in a nationally significant Arts Trail throughout the Territory to support and grow the arts and cultural industry, and provide new and enhanced attractions for national and international visitors.

According to the key economic findings of the business case, the Gallery will bring:

As well as economic benefit and increased visitation, the business case also finds that the Gallery will increase local employment, particularly Aboriginal training and employment, and stimulate private investment in Alice Springs and in remote community art galleries.

It also notes that the Gallery project addresses the current absence of a national institution to celebrate Aboriginal art and culture and that Alice Springs has a strong claim to host the Gallery on historic, geographic and artistic grounds.

Commenting on the business case, Northern Territory Minister for Tourism, Sport and Culture, Lauren Moss stated “the independent case confirms what we have said all along: the National Aboriginal Art Gallery will deliver significant social, cultural and economic benefits to the town and the region over the long-term.

“It has the potential to be a catalyst for more private investment in the town, for greater economic returns for local business, for a revitalised CBD, for a stronger future for Arrernte people, for reconnecting young people with their culture and ensuring they are engaged in the community in a positive way.”

National Aboriginal Art Gallery Reference Group, co-Chair, Dr Gerard Vaughan AM added “as co-chair of the National Aboriginal Art Gallery Reference Group, I support the independent analysis published in the business case and look forward to building a new national institution which will celebrate our country’s Indigenous visual culture, and be able to draw on our greatest existing collections of Indigenous art.

“The National Aboriginal Art Gallery will not only function as a place for Indigenous and non-Indigenous Australians to see and learn about the visual culture of Australia’s First Nations peoples, but it will also serve as a major tourism drawcard, and play an important role in generating employment and broad economic benefit for Alice Springs and Central Australia.”

The business case was commissioned by the Northern Territory Government in October 2018.