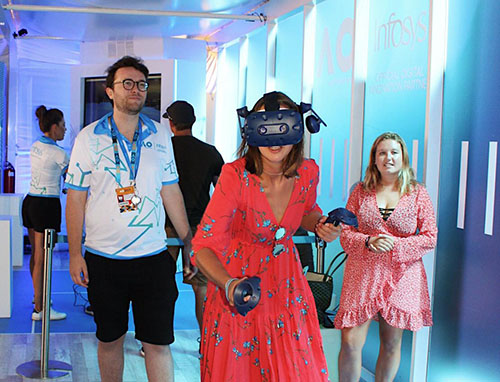 The Australian Open and Infosys have partnered to deliver fans the opportunity to play against the greatest tennis players in the world on a virtual Rod Laver Arena.

In leveraging its expertise in emerging technologies, Infosys as the official Digital Innovation Partner of the Australian Open, is helping Tennis Australia transform the experiences for not only the fans but also the players, coaches and the entire tennis community at this year’s Australian Open.

Infosys has launched a series of big data and analytics, artificial intelligence as well as virtual reality (VR) and augmented reality (AR) based experiences in Melbourne Park and on the Australian Open website. This is the first year of a three year strategic partnership that was announced in September 2018. 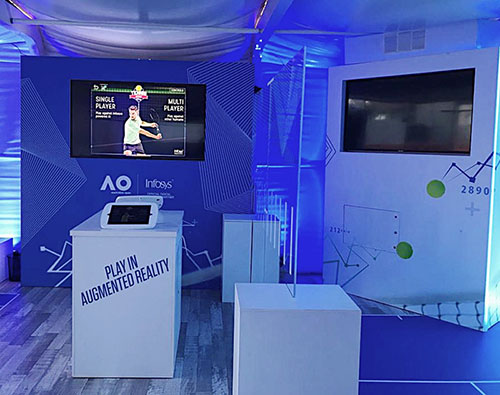 By visiting an Infosys Fan Zone, Australian Open fans not only have the opportunity to play against the greatest tennis players in the world on a virtual Rod Laver Arena but can also watch the Australian Open live from on court via a VR headset, and shop for Australian Open merchandise and clothing, all using VR and AR technology at the Official Australian Open VR Store.

Fans at home and on-site can also engage with matches in new and unique ways through the use of MatchBeats. MatchBeats is a refreshed way for fans to look at live tennis scores, akin to musical notes of a match. These insights let fans understand how the match flowed, where the ups and downs were, and where players were serving better and returning better.

On top of this, Infosys AI Clips are a recap video of matches showing key highlights in near-real-time, shared on social media.

Andrew Groth, Senior Vice President Australia New Zealand, Infosys, says, “Tennis is something that should be experienced, not just watched. We’re thrilled to be partnering with such an iconic Australian event and a global grand slam, using our digital innovation expertise to create immersive and engaging experiences for the millions of people who watch, attend and play at the Australian Open.”

“Partnering with Infosys is an exciting next step in our ongoing quest to innovate the Australian Open and engage new audiences across the world,” said Australian Open Tournament Director Craig Tiley.

“We have long understood the importance of using data and insights to improve connections with our fans, players, coaches and the rest of the tennis community and we look forward to working with Infosys to change the way we all experience our great sport in the future.”

“We’re really excited about the opportunity to showcase how digital technologies can enhance the boundaries of this tournament, to change the way the Australian Open is watched, analysed and played,” Parekh said from Infosys headquarters in India.

“This association with Tennis Australia also reaffirms our strategic commitment to the region where we partner with some of the leading enterprises in driving their digital transformation agenda.”