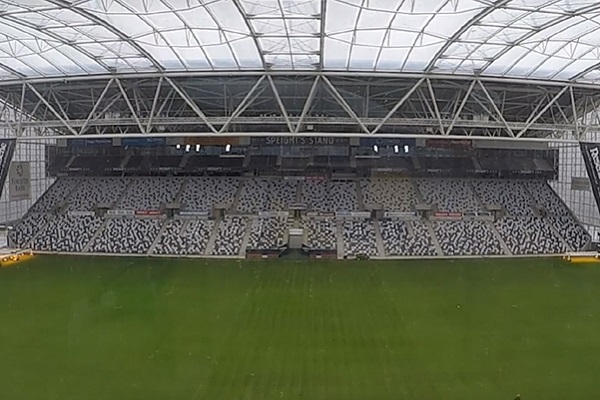 A recently released video from Dunedin Venues Management Ltd (DVML) has shown how the multi-use Forsyth Barr Stadium transforms its surface for sporting use in the aftermath of a concert.

The time lapse video released by DVML shows the how the Stadium's turf surface is renovated and transformed over the course of several days following a concert and fun day at the venue.

Groundstaff are shown cutting, watering, lighting and tending the grass, which results in the turf springing back to a more vibrant green and healthy condition.