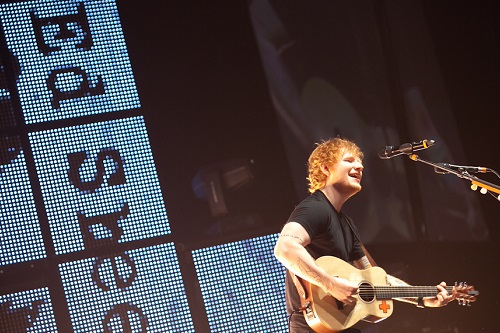 An estimated $55 million has been pumped into the Dunedin economy on the back of five events under the roof at Forsyth Barr Stadium this year.

The latest Economic Impact Study from Dunedin Venues Management Ltd (DVML) shows $10 million was spent in the period around the All Blacks v France rugby union Test on 23rd June.

The Test followed other high profile concerts which generated an estimated $45 million of economic worth for the city.

Music superstar Sheeran performed to more than 108,000 fans - nearly the equivalent of Dunedin's population - during his three shows over Easter.

According to the survey, the All Black test attracted a crowd of 27,692 with 59% being visitors to the city.

The survey also gauged their satisfaction with the event - with the venue scoring 98% - the highest result for a test match at Forsyth Barr Stadium.

It noted that each visitor who responded to the survey spent, on average, $527.

Enterprise Dunedin Director John Christie told New Zealand website Stuff the result was "yet further testament to the positive impact the Forsyth Barr Stadium has on Dunedin's economy and profile", adding “it's important that we continue to cement our position as an excellent host city for major concerts and sporting events.

“Based on these results and feedback from promoters and sporting codes, it seems we're on the right track."

The venue is set to hold concerts by P!NK on 1st September and Shania Twain on 22nd December.