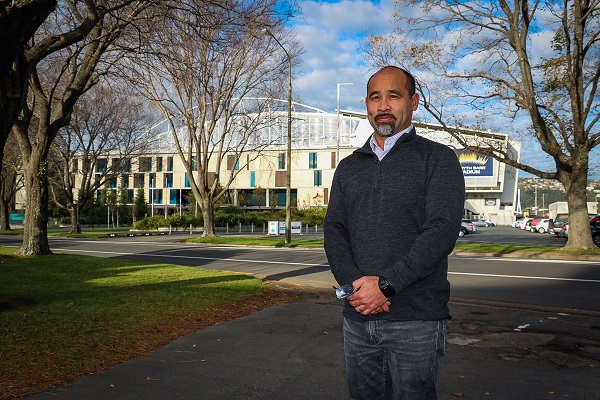 Funding and development of Dunedin’s Forsyth Barr Stadium was shrouded in a lack of financial clarity, creating “dangerous” potential consequences from the significant debt created, according to newly published research from the University of Otago.

In the opening abstract of his newly published study, Big Stadium, Small City: A Catalyst for Turbulence and Governance Reforms, Associate Professor Mike Sam from the University of Otago explains “sport stadia are among the most contentious of public expenditures for local government.”

The research, published today in the journal Urban Policy and Research, focuses on the decisions by local government officials in the city of Dunedin - with a population of 130,000 - to approve and finance the city’s covered stadium - now known as the Forsyth Barr Stadium - which was completed in 2011.

Associate Professor Sam, who specialises in research on sports policy, says the paper draws on Dunedin’s case to investigate the “turbulence” for a small city arising from public-private arrangements used to establish the project’s feasibility and financing.

According to Associate Professor Sam, these arrangements particularly refer to “the outsourcing of advice, communication and fundraising to a charitable trust - Carisbrook Stadium Trust, and the formation of council-owned companies into a complex financing apparatus to place liabilities off-balance sheets and obfuscate costs.”

He notes that the ‘small city’ aspect is key to the study. The stadium cost $1,540 for every urban resident - proportionately equivalent to a city of one million people spending one and a half billion dollars on a sport entertainment facility. 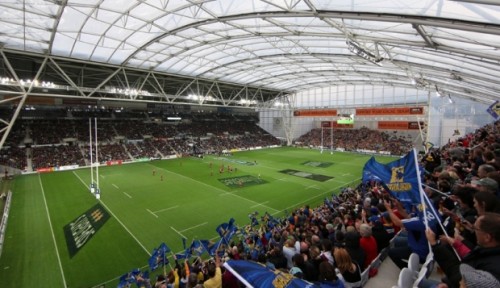 Associate Professor Sam explained “getting this approved was a difficult sell for the local government officials of the day, and while the financial mechanisms were not corrupt, my research found the funding schemes effectively muted public opposition by way of being so complex and impenetrable.”

Associate Professor Sam highlights that along with the general public, few of Dunedin’s City Councillors fully understood the relationships between the Council Controlled Trade Organisations (CCTOs) and the City’s finances, with the study revealing a DCC manager boasting “there are only three or four of us who actually understand it,” in an interview with study researchers.

The study also outlines how, responding to public opposition, the High Court could not make sense of the financing scheme either, ultimately agreeing with DCC lawyers that taxpayer contributions (and not total debt) were the yardstick for evaluating the project.

Associate Professor Sam says the consequences of this debt would include stadium bailouts, the deferment of community projects such as playgrounds and walkways, and selling-off of assets such as Citibus. One high-profile consequence was the council owned utility company Aurora Energy being found negligent in upgrading its electricity network. A potentially dangerous result of what the company’s Chief Executive explained was born out a need to pay $30million towards the stadium.

Dunedin City Council governance structures of its companies changed as a result.

Associate Professor Sam continues “there was a City Councillor supporting the stadium to go ahead, who also sat on the boards of a number of council owned companies through which stadium debt was spread. This prompted the eventual expelling of the Councillor from his role as chairman of Dunedin City Holdings Limited, and a much-needed review of the policies around governance of council-owned companies.”

The DCC also had to change the often brick-wall approach to requests from opponents for access to information held by the Carisbrook Stadium Trust who essentially built the business case for the stadium that was approved by the DCC.

Associate Professor Sam hopes the lessons learned from Dunedin’s experience will help inform other centres such as Christchurch - another New Zealand city investigating the building of a new stadium.

Associate Professor Sam added “other small centres should take note of what happened in Dunedin, and pay particularly close attention to private-public partnerships and the outsourcing of key planning work to consultants.”

He concludes that the study ultimately shows that public-private partnerships are not inherently good or cost effective. They need citizen and local government literacy and oversight to make them so - small cities can learn from each other and perhaps be better at this than larger urban centres.