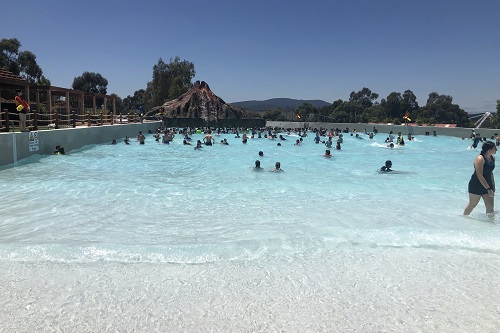 Under construction since February, the massive all-weather wave pool holds more than 1.5 million litres and can produce waves up to one metre high.

A family owned business, Funfields has a reputation for delivering innovative attractions and the new South Pacific inspired attraction is likely to add to its accolade as ‘Victoria’s Hottest Theme Park’ – as voted for at Park Chat Live.

Advising how Funfields has worked hard over the years to bolster its reputation as one of Victoria’s leading theme parks, Sam Holdich, General Manager of Operations at Funfields, explains “continual development of the park is so important to us here at Funfields. We want to offer our guests a brand new experience every season that they can’t get anywhere else in Victoria so a giant wave pool was the perfect fit for us. 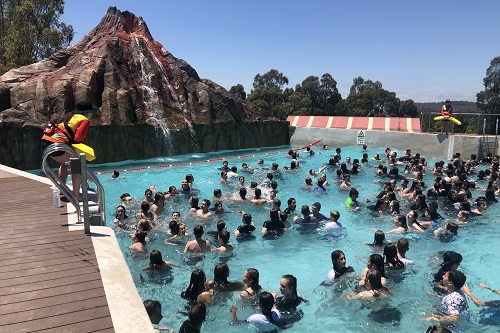 “This wave pool will be Victoria’s largest and also first outdoor heated wave pool, which makes it ideal for both summer and the cooler months. Combined with a massive wave action area, wading area for young ones, sun lounge and relaxation zones, VIP huts, and food outlet, the Volcano Beach Wave Pool is destined to become one of the Victoria’s most popular attractions.”

Funfields is also home to 24 other rides, including nine thrill seeking adventure rides and over 850 accumulated meters of thrilling waterslide action.

According to Holdich, “Funfields has something for everyone no matter what their age: with 24 family friendly attractions, including Thunderdome Go-Karts, Treasure Cove mini golf, the Tiki Bay Bumper Boats and so much more.

Funfields is also unique in being home to three world record ProSlide slides: the Typhoon, Kraken, and Gravity Wave, which Holdich says “are the largest installations of their kind in the World.” 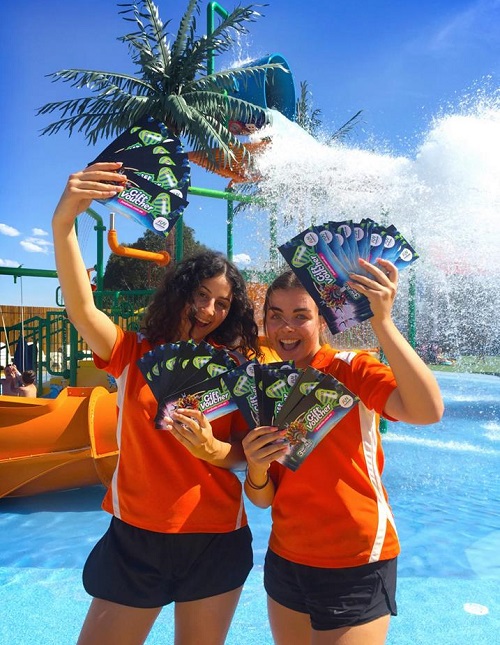 Funfields also houses some of Australia’s most unique rides and experiences. The Voodoo, Zamperlas 360 degree inversion ride is the only one in Australia. The theme park’s swinging Pirate Ship is the only Huss ship operating in Australia and it also features a Virtual Reality Experience. Funfields is also home of the Iconic Alpine Toboggan Slide.

Holdich concludes “from its first incarnation as the Alpine Toboggan Park back in 1985, Funfields has transformed into a world class amusement and entertainment destination. We now employ more than 200 people.