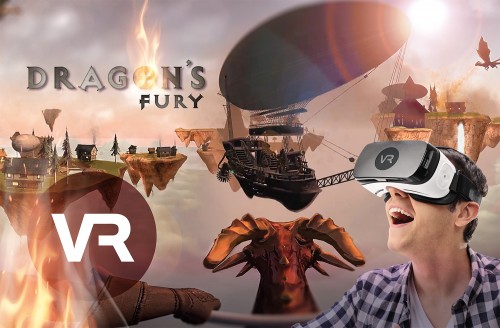 Taking guests itno a fantasy world inhabited by trolls, knights and pirate ships, the Dragon’s Fury experience was designed and developed in Victoria, and represents the first VR technology released at an attraction in Victoria.

Wearing the latest technology Samsung Gear VR Headsets, visitors will experience the physical sensations of the death-defying pirate ship motion while being visually transported to a fantasy world.

Introducing the new experience, Funfields Managing Director John Verga explained “Dragon’s Fury is truly out of this world and you won’t experience anything like this in Australia, you truly feel like you have been transported to another world.

“We can’t wait for visitors to experience this exciting new attraction.”

“In addition to Dragon’s Fury VR we’ll be opening Birdy Cove Waterplay for toddlers, new mini go-karts and new racetrack, a new carousel, new Screaming Eagle Go-Karts and an architectually designed icecream shop which will be sure to please families of all ages.”

Located at Whittlesea, only 40 kilometres fom Melbourne, the Funfields is now open for its 2016/17 Funfields season – which runs until April 2017.