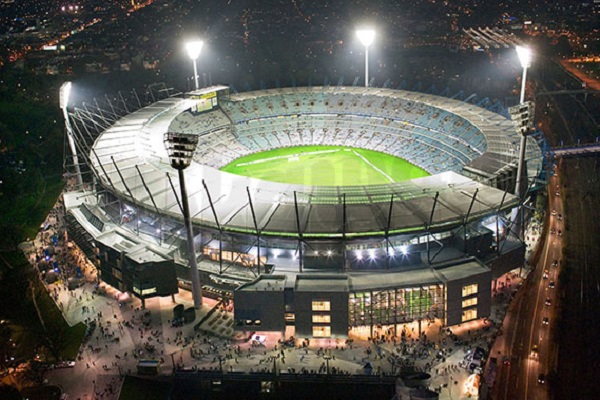 In a move that will see crowds of up to 75,000 at the MCG, the Victorian Government has lifted stadium crowd limits from 50% to 75% capacity.

With venues in the state having to operate at 50% capacity for AFL Round One, Victorian acting Premier James Merlino today advised that from Thursday’s match between the Carlton FC and Collingwood FC at the MCG, stadiums would be able to fill to 75% as part of the latest easing of Coronavirus restrictions.

Thanking the Victorian Government for their assistance in getting fans back to stadiums, AFL Chief Executive, Gillon McLachlan “as men's footy returned across the weekend you could really feel the excitement in the air throughout Melbourne. It felt like the rhythm of the city had returned and the announcement today should only amplify this.

"In round one, to have the biggest crowd at a sporting event in Australia since the COVID pandemic is a testament to the passion and support of footy fans and I know we will only build on that number in the coming weeks."

If attendance for Thursday night’s game is close to capacity, it will comfortably be the biggest sports crowd in Australia since 86,174 fans attended the MCG for the Women’s T20 World Cup final on 8th March 2020 - days before Coronavirus was declared a global pandemic.

Last week, the MCG played host to the biggest crowd in the southern hemisphere since the beginning of the pandemic, with 49,218 fans attending the season opener between Richmond and Carlton.

The AFL confirmed ticket allocations would increase in line with the bolstered venue capacity - with club and AFL members prioritised, while general public tickets will also be available.

Marvel Stadium’s capacity has been lifted to 43,440 fans, while up to 27,819 people are permitted at Friday night’s game between Geelong and Brisbane at GMHBA Stadium. St Kilda play Melbourne at Marvel Stadium on Saturday.

The AFL is hopeful crowd capacity at venues will continue to increase in the rounds to come. Before the season opener, McLachlan said he hoped to see a full capacity crowd permitted for the traditional Anzac Day clash.