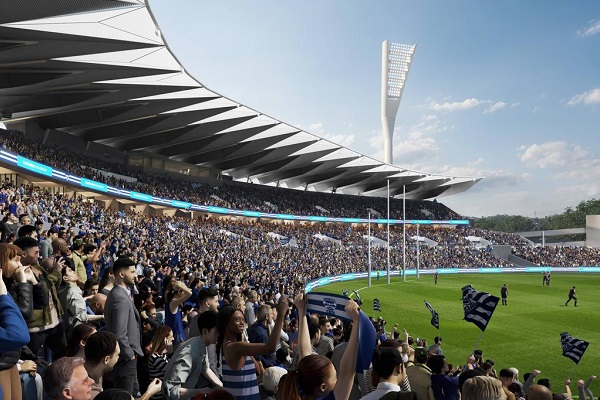 The Victorian Government has announced a $40 million injection into the final stage of the redevelopment of Geelong’s GMHBA/Kardinia Park which will bring the venue up to a capacity of 40,000.

The new funding announcement comes on top of the Victorian Government’s previous commitment of $102 million to the project which will involve the construction of a 14,000 capacity, two-tier northern stand to replace the ageing Ford Stand and Ablett Terrace, increasing the venue’s capacity to over 40,000 and boosting Geelong’s ability to attract national and international events.

Announcing that the funding will be included in the state’s 2020/21 Budget, Victorian Minister for Tourism, Sport and Major Events, Martin Pakula stated “Kardinia Park is a much-loved part of Geelong and Victoria and we’re proud to be backing its development for the benefit of fans and users now and for generations to come.”

“With new and improved facilities and a bigger capacity, the stadium will continue to attract A-grade sport and entertainment to Geelong.”

The $142 million Stage 5 works will include facilities such as new professional standard unisex change rooms and a home for the Geelong Cricket Club. 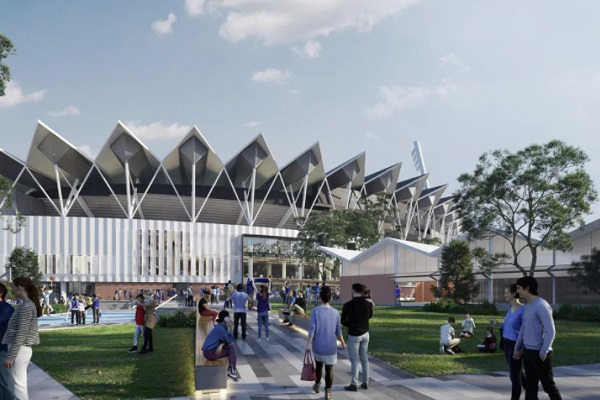 Stadium operations will be bolstered through the delivery of a new administration area for stadium and event staff and dedicated sustainability measures.

Welcoming the funding, Kardinia Park Stadium Trust, Chair Stephen Gough advised “we’re delighted with this investment from the Victorian Government which will deliver a world-class stadium designed to serve its community.”

The most recent stage of the stadium redevelopment was completed in 2017 and included the new Brownlow Stand, a community-based rehabilitation centre and training and administration facilities for the Geelong Football Club. The Victorian Government contributed $75 million towards those works.

Kardinia Park attracts more than 400,000 spectators in a standard year across a diverse calendar that includes regular AFL, BBL, WBBL and A-League matches.

Work on the project is expected to begin early next year.