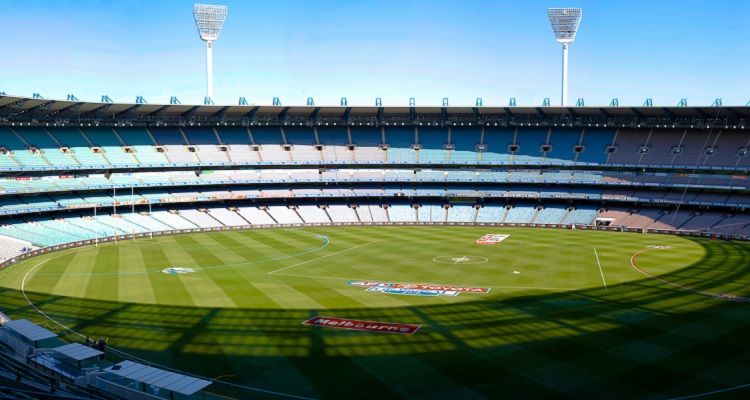 The MCG will host 50,000 fans for the AFL season opener between Richmond and Carlton on 18th March, with the Victorian Government to allow venues to operate at 50% capacity.

The easing of capacity restrictions will see up to 28,961 fans permitted into games at Marvel Stadium in Round 1.

AFL Chief Executive Gillon McLachlan welcomed the announcement, stating “footy fans in Victoria have been excited about getting back to matches and we have seen that with great numbers across the opening rounds of the AFLW season.

“We haven’t had footy crowds this big in Victoria since the match to support Bushfire Relief in February last year, so today’s announcement provides a big boost for our players and fans in the leadup to the season.

“Our team has been working extensively behind the scenes planning for multiple scenarios and all our venues will be ready to welcome fans back into the stands come next month.”

The MCG said arrangements first seen at the 2020 Boxing Day Test, which welcomed 30,000 fans, will remain in place for the 2021 AFL Premiership Season. These include the stadium being sectioned into five zones to assist in capacity management and contact tracing. Only cashless transactions will be allowed, while the MCG’s Official Hygiene Partner, Dettol, has installed 275 instant hand sanitisation stations throughout the ground.

Pleased that the Tigers, who haven’t played in front of fans at the MCG since winning the first of their two back-to-back titles, will be able to welcome a crowd, Richmond FC Chief Executive, Brendon Gale said on 3AW’s Sportsday earlier this week “we’d like to think there’d be a lot (of fans).

“Clearly it’s a really proud moment and we want to share that with as many members and fans as possible.″