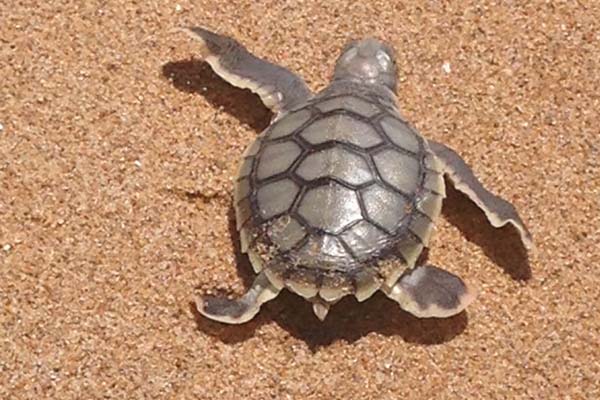 The Queensland Government has launched Round Six of its Nest to Ocean Turtle Protection Program and is asking for innovative solutions to help protect marine turtle nests and hatchlings.

Queensland Environment Minister Meaghan Scanlon said the State Government is committed to improving the survival rates of threatened marine turtle hatchlings by protecting their nests and nesting habitats and advised “Today I am launching Round Six of the Nest to Ocean Turtle Protection Program, which provides $600,000 for active nest protection and predator control efforts.

“This funding is part of $1.27 million provided by the Queensland Government in 2020-21 to support the conservation of marine turtles.”

Minister Scanlon added “since the program began in 2014, grant recipients have monitored more than 20,000 turtle nests and improved nest survival rates to 85% due to predator control activities and direct nest protection.

“Importantly, it is estimated that 1.3 million hatchlings have made their way to the ocean since the program began.

“Funding of up to $150,000 is available for projects that maintain, adapt and strengthen existing direct management efforts at key nesting beaches and foraging grounds.

“Queensland’s unique environment is one of our major attractions, with the promise of seeing a turtle lay eggs or witness hatchling baby turtles make their first dash to the ocean drawing tourists from around the world.

“Which is why the protection of our flora and fauna is also so important to help maintain domestic tourism for the regions and to rebuild international tourism once it resumes.”

The Minister said Queensland is home to six of the world’s seven species of marine turtles, and all are considered threatened due to climate change, loss of habitat and predation.

“Feral pigs and foxes have learned to dig up clutches and feed on the eggs, so protecting nests and hatchlings is crucial for the sustainability of marine turtle populations.

“Funding is available for projects to be conducted at specific turtle rookeries on the east coast of Cape York, the Torres Strait, Great Barrier Reef coastal catchments and coastal islands.

“Our First Nations Peoples across Queensland and the Torres Strait have cultural, social and spiritual ties to marine turtles.

“The Queensland Government will be working with our First Nations Peoples to help manage land and sea country to protect and conserve our marine turtles.”

Project activities may include:

•Removal of weeds and invasive species whose roots negatively impact the incubation success of eggs.

Since 2014, more than $7 million in State and Commonwealth funding has been approved for projects under the Nest to Ocean Turtle Protection Program.