Tourism Council WA says AFL and events can save jobs 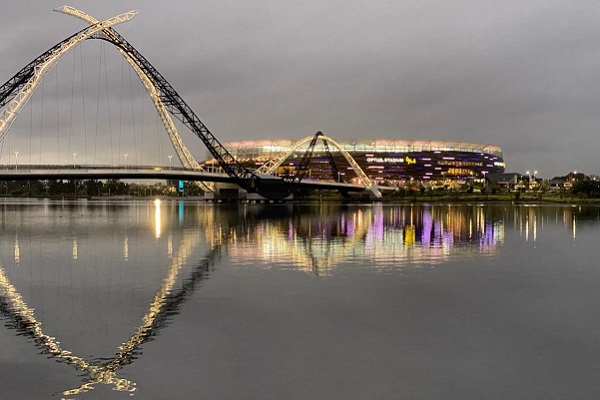 An AFL final series and other major events scheduled for October onwards have the potential to activate Perth and help save local jobs as JobKeeper and JobSeeker wind down according to Tourism Council WA Chief Executive, Evan Hall.

With the Western Australian Government aiming to host key games in the AFL’s finals series and even the AFL Grand Final, Hall today said Perth securing the games would be perfect timing to encourage locals to support tourism businesses in central Perth which are struggling to stay open and retain employees.

Hall advised “based on previous experience with AFL matches at Optus Stadium, it is estimated that a nine-game finals series would generate 131,500 room nights for Perth CBD hotels. This would include regional visitors travelling to Perth as well as Perth residents coming into the city to experience the match alongside a staycation.

“It is important to encourage Western Australians to book into Perth hotels for a staycation to save thousands of jobs which are at risk once wage subsidies are reduced and eventually removed.

“The knock-on effect will be the creation of business for local suppliers and other tourism operators.”

Hall estimates that visitor expenditure for an AFL final series would be $37.8 million, which would create the equivalent of 278 full time jobs for a year. This is equal to saving the workforce of a Perth CBD hotel. In addition, the matches would create 18,500 shifts at Optus Stadium for cleaners, security, catering and event staff.

Highlighting the example of the AFL final series showed there was potential to create a large number of jobs in venues, hotels, hospitality and retail businesses by allowing only a small number of players, entertainers and staff into WA under quarantine conditions, Hall added “there are many opportunities for Perth to secure major events which would have a similar impact and support local businesses and jobs.”

Image: Optus Stadium and the Matagarup Bridge which connects the venue to East Perth.