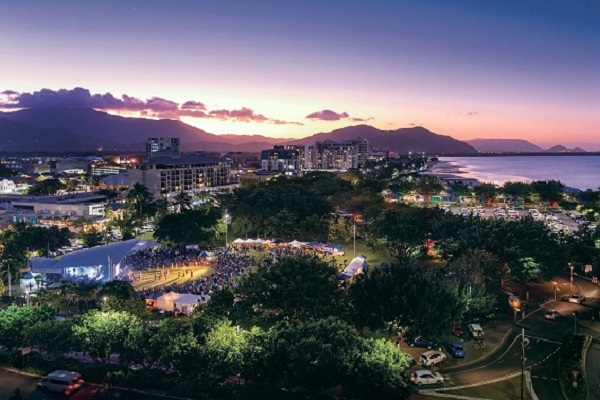 The Queensland Government is moving forward with plans for the Cairns Global Tourism Hub (GTH) with three entertainment industry companies: Hard Rock International; Reef Casino Joint Venture; and The Star Entertainment Group having been shortlisted to develop detailed proposals for the project.

Advising that to have three highly-respected players in the entertainment industry keen to take this game-changing project forward was a vote of confidence in the region, Queensland Tourism Industry Development Minister Kate Jones stated "our vision is simple – to create a world-class tourism hub in Tropical North Queensland that attracts more international and domestic tourists, who stay longer and spend more in the region.

“In addition to the tourism benefits, a GTH will transform Cairns - linking the Cruise Ship Terminal, the Cairns Convention Centre and the CBD.

“We’re committed to growing the tourism industry in Tropical North Queensland. A GTH will support upgrades proposed for the convention centre and the dredging proposed for Trinity Inlet.”

Speaker of the Queensland Parliament and Member for Mulgrave Curtis Pitt stated that the GTH will offer more than a stand-alone casino and will include facilities such as luxury hotels, high-end retail, restaurant and entertainment. The GTH will also incorporate dynamic public facilities for residents and visitors.

Speaker Pitt added “all of this will reflect Tropical North Queensland - our lifestyle, our history and our two unique indigenous cultures. This will be a landmark international development."

In October 2017, the Queensland Government decided that a gaming licence would be offered to encourage development of world-class tourism infrastructure in the Tropical North following the withdrawal of the Aquis Yorkey’s Knob proposal.

Minister Jones went on to say "the three firms named today are companies with strong international and domestic reputations for delivering high quality mixed-use, hotel and entertainment and gaming projects.

"These companies recognise that with the reef, rainforests and world heritage areas on its doorstep, Cairns has huge potential as an international hub for tourists.”

Pitt concluded "we’ll continue to work with Cairns Regional Council and key stakeholders including Ports North and Tourism Tropical North Queensland to get the best possible outcome for Cairns and the Tropical North.

“We will also continue the ongoing community information process to ensure locals residents are kept up-to-date.”

The shortlisted companies will be required to lodge fully-developed proposals with the Government by July 2019.

A formal announcement regarding the successful developer and their development scheme is not expected until late 2019 or early 2020.