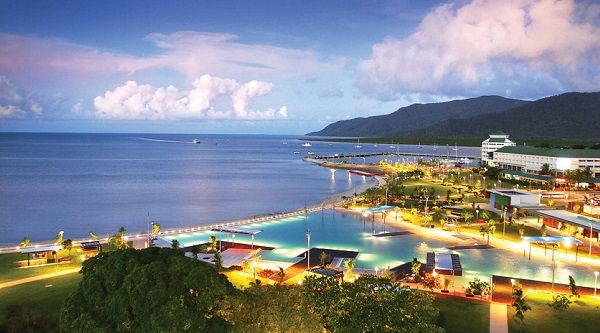 Executives from some of Cairns’ leading tourism attractions have been reported as being highly critical of state and national tourism bodies for their “dumb” strategy for promoting the region.

As reported by The Cairns Post, Skyrail Managing Director Ken Chapman claims Tourism and Events Queensland and Tourism Australia have turned their back on the Far North as the Great Barrier Reef was incorrectly savaged internationally as being “half dead”.

He said they had also shifted their focus from destination marketing to experiences and this was a mistake.

Chapman told The Cairns Post “the very big problem that we are facing is the untrue bad press about the Great Barrier Reef.

“We’ve even got travel shows saying half the Great Barrier Reef is dead, which is just untrue.

“The response from Tourism and Events Queensland and Tourism Australia was really to stop marketing Cairns and the Whitsundays so that has compounded the problem hugely.”

Chapman said the tourism agencies had instead promoted areas on the southern end of the reef, which had seen a small increase in tourists to cities such as Bundaberg, adding “all that has done has hurt Cairns where the (tourist) numbers are big to advantage a small place.”

His comments come at a time when of domestic and international economic uncertainty in Far North Queensland. 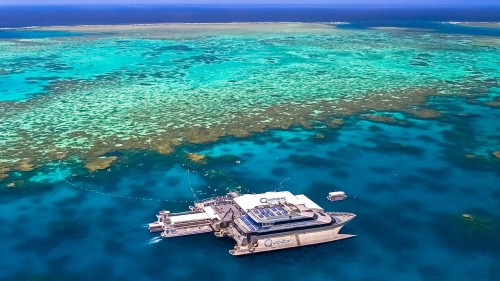 Baker advised “there needs to be more emphasis placed on (the recovery of the Great Barrier Reef).

“And this focus on all of Queensland and experience-based activity as opposed to a destination focus does not appear to be working for us at all.”

CaPTA Group Director Pip Woodward said there appeared to have been a move away from promoting Cairns and the reef, which should be front and centre.

Woodward advised “as a result of not marketing the Great Barrier Reef we’ve probably lost our market share.

Saunders told The Cairns Post “promoting the world-class experiences on offer in Cairns and Tropical North Queensland is the most effective way to convince today’s traveller to book a holiday to the region.

“We recognise the importance of Tropical North Queensland as a tourism destination in our marketing approach and invest heavily in promoting the region.

“Tropical North Queensland holds just over 14% of total overnight visitor expenditure in the state and has about 40% of the market voice in both our domestic and international activity.”

Images: Cairns from the air (top) and Quicksilver on the Great Barrier Reef (below).