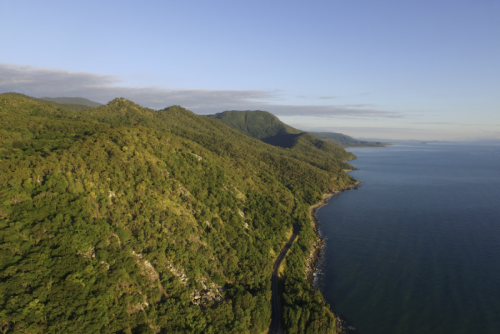 The Queensland Government is to fund the design and business case for a new tourism venture on a stretch of pristine national park to the north of Cairns.

Queensland Tourism Industry Development Minister Kate Jones will fast track the plan for a 76-kilometre bikeway and walking trail, to be known as the Wangetti Trail, from Palm Cove to Port Douglas. The venture is expected to include eco-accommodation options such as glamping or cabins.

She advised “we want this - a ‘top-10’ Australian-first track between Palm Cove and Port Douglas - as another world-class Tropical North Queensland tourism attraction.

“Tropical North Queensland has some of the greatest natural tourism assets on the planet. We need to make the most of these natural advantages to grow our tourism industry and create jobs.

“The Trail will provide walkers and mountain-bike riders with a bushland and ocean experience, showcasing the beauty of the Wet Tropics, the Great Barrier Reef and World Heritage areas.

“This is what tourism industry development is all about - the state connecting National Parks assets with private sector operators to deliver new job-generating tourism options.”

The Queensland Government has committed almost $1 million to prepare a business case, which Minister Jones said she hoped would be finalised by September so construction could begin next year.

She added “we are investing in this sector because we know it will be important for Queensland’s economy in the future. Already tourism is worth $25 billion for our state but with ecotourism opportunities like Wangetti Trail, we know this will grow.

“A key aspect will be involvement of the Yirrganydji people who we’ll work with closely through the planning of this project.” 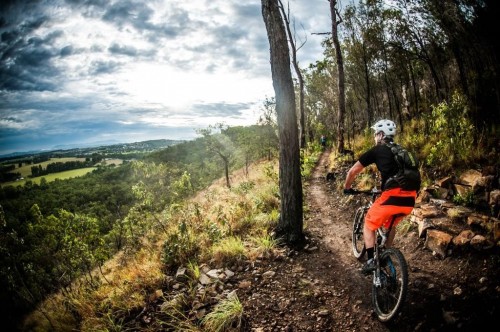 Yirrganydji People’s Jeanette Singleton said, as traditional owners for most of the land through which the Wangetti Trail will pass, the Yirrganydji People have given their in-principle support to the project.

Singleton advised “it echoes the traditional indigenous association with the “Wangetti” area which was known as the ‘Good Ways’.

"Aboriginal people in the regional society used to trade, communicate and meet at Wangetti using trails in the area during certain seasons.”

It is expected the Trail will be walked in six days and five nights from end-to-end and travlled in two days and one night for riders.

Minister Jones said that in time, accommodation nodes along the Trail would offer camping facilities, along with luxury offerings in the form of glamping or lodges with visitors able to drop-in and out, stating “such trails attract high-value customers, support local economies by generating economic and social benefits and create resilience through sustainable employment opportunities and local pride.

“Specialised consultants and engineers will be engaged to ensure the highest design standards are achieved while minimising impacts on the environment.

“Great care will be taken to ensure that the proposed trail does not impact on our cherished natural wonders.”

The Queensland Government is also calling for tenders to build new accommodation and additional bushwalking trails in another national park on Whitsunday Island, off Airlie Beach in the Whitsundays.

The announcement comes against a backdrop of a series of troubles affecting resorts on sites leased by the Queensland Government that have been closed for years, are sitting in ruins and/or are in financial difficulty.

In recent years, resorts on Dunk, South Molle, Lindeman and Hinchinbrook islands have either been struggling or have closed and been left in ruins after the global financial crisis and the impacts of tropical cyclones.