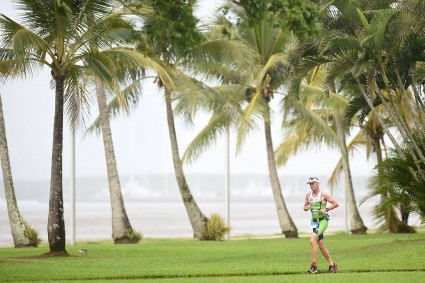 The future of Cairns Ironman appears to be assured as organisers hail the region’s fifth hosting of the mega-triathlon a success for the sport and the local economy.

The award-winning event, which attracted more than 3,000 competitors, began with a 3.8 kilometre swim in the stunning tropical environment of beaches of Palm Cove; a two lap, 180 kilometre cycle along the Captain Cook Highway to Port Douglas and back, winding back into the heart of Cairns for the bike to run transition in the Cairns festival village, where athletes undertook a three lap, 42.2 kilometre marathon encouraged by cheers from the city and the event's supporters

According to a report in The Cairns Post, the event also impressed representatives of the Gold Coast 2018 Commonwealth Games Corporation, who flew in to observe the event as they consider locations for preliminary sporting fixtures leading up to the 2018 Games.

Ironman Asia Pacific’s Chief Marketing Officer Jeff Gillies said Cairns Ironman had firmed its reputation as one of the most picturesque events on the circuit, and one which drew consistently strong support from the host city.

Gillies told The Cairns Post “this is a community that really opens its arms to the Ironman family and the athletes.

“We picked up very early that this struck a chord with the local community.”

As for the future of the event, Gillies added “we’ve always had a very long-term view about this event.

“We’re in very positive talks with both councils up here and we have endorsement and support to go forward from the State Government.

“It’s just a matter of dotting the Is and crossing the Ts on the announcements, and we’re looking forward to a really long future here in Cairns.”

With plans for a 2016 Ironman event yet to be finalised, Cairns Mayor Bob Manning said it was a huge feat for athletes, organisers, volunteers and the wider community.

Mayor Manning stated “we want this event to carry on, but we’re looking good, we’ll work very hard to make sure we maintain this event." 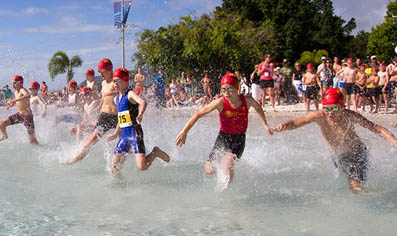 Unfortunately the event did experience a crisis as a 43-year-old woman suffered a cardia arrest during the event.

The woman was taken to hospital in a critical condition in hospital after she was pulled unconscious from the water be lifesaves.

Surf Life Saving Queensland Regional Manager Col Sparkes said the woman was rescued about 20 metres from the finish of the swimming leg on the shore of Palm Cove.

Sparkes explained “we had a lot of water safety in that area and they got to her very quickly.”