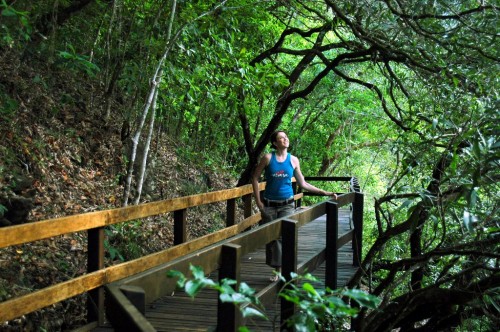 Australia’s potential as one of the world’s leading nature-based tourism destinations will not be realised unless there is significant investment in making the wealth of our natural treasures more accessible to tourists, according to a new paper from the Tourism and Transport Forum (TTF).

Releasing the paper, Unlocking our Great Outdoors, TTF Chief Executive Margy Osmond said that the report will makes an important contribution to the debate around how Australia’s natural areas can best be conserved while also unlocking the economic benefits that can be delivered by nature-based tourism.

Osmond stated “we are one of the most beautiful destinations in the world but if we do not make that beauty more accessible we will miss out on a potential pipeline of new tourism dollars especially for regional Australia.

“It is also a key driver of regional economies and jobs growth, with just under 100,000 people directly and indirectly employed in nature-based tourism across Australia’s 15 premier natural regions.

“However, our research has found that we are only just starting to scratch the surface of the potential for nature-based tourism in Australia. 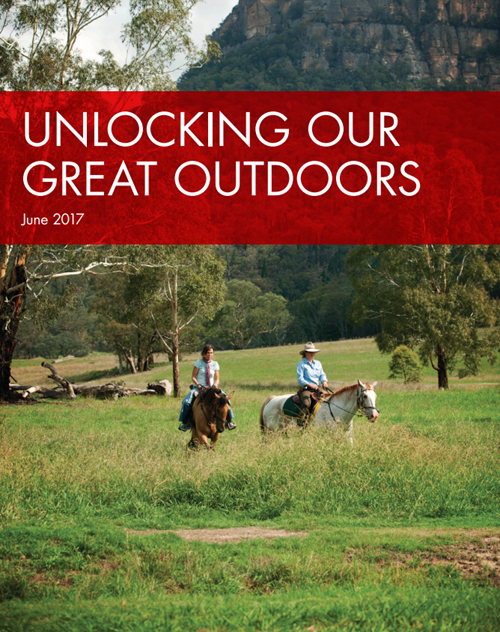 “What these new figures show is that across Australia international visitors make up a tiny four% of tourists visiting our national park areas. The potential to double this visitation in the next few years with the right facilities, conservation priorities and government backing is enormous.

“If we are truly going to see nature-based tourism reach its potential, we cannot afford to be complacent. TTF is calling on the Federal Government to lead the way and commit to developing a national nature-based tourism strategy to ensure that this critical part of the tourism pie receives the funding and recognition it needs to take off.

“Australia has all the ingredients to become the world’s leading country for nature-based tourism, but the seemingly unlimited tourism potential of our stunning natural areas cannot be unlocked without appropriate investment that turns inaccessible wilderness into a place where visitors can access, stay and experience.

“A key priority is recognising the critical need to conserve and understand these environments and what kind of access and experience can be offered in an environmentally appropriate way while reaping the benefits of what could be a tourism gold mine.

“From the Kimberley to the Red Centre to the wilds of Tasmania, no country on earth offers the natural diversity, complexity and beauty of Australia. However, there is little point having a stunning natural landscape if no one can get there to see it. 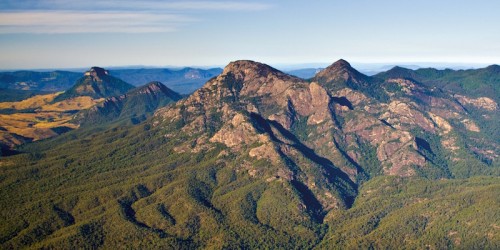 “In every state and territory in Australia there are world-class natural landscapes that should be bucket list tourist hot spots, but are not because they are isolated, only accessible by infrequent flights or long car trips, or have limited options for people to stay in or do things when they get there. This makes them unattractive places to visit, especially for international visitors.

“Tasmania has led the way in investing in and developing visitor facilities in natural areas to encourage tourism. Unfortunately, other states and territories are being strangled by red tape, barriers to investment and a lack of visitor infrastructure, and have been unable to unlock their tourism potential in the way Tasmania has.

“It is vital we continue to look at practical and effective ways we can to improve the standing and future of Australia’s competitive delivery of this important tourism sector.”

Images: Walking track in the Daintree in Far North Queensland (top) and the Scenic Rim Trail (below).