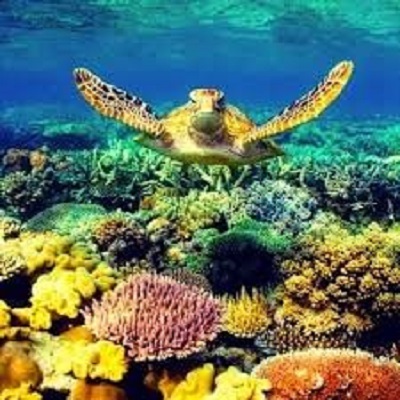 The Australian Marine Conservation Society (AMCS) has welcomed the Senate Environment Committee’s report into the Great Barrier Reef 2050 Partnership and called for the funding to be reallocated into a new Reef Future Fund.

The report recommends that all unspent Foundation Partnership funds be returned to the Commonwealth immediately and that the Commonwealth Government takes steps to tackle climate change as the most significant threat to the Great Barrier Reef.

“We support the money being handed back but want it to go to a transparent, open and accountable special purpose fund. The new fund should be in public hands and provide a long-term commitment to invest in the health of the Reef in the face of escalating climate change.

“Everyone knows, other than the hard right in the Coalition, that the biggest threat to our Great Barrier Reef is warming ocean temperatures brought about by climate change. Funding to tackle poor water quality and coral-eating Crown of Thorns Starfish plagues is necessary, but it will be wasted unless tough action is taken to mitigate our warming planet.

“Our politicians should be in no doubt; the controversy around the Great Barrier Reef Foundation funding shows how much Australians care about our Reef. Yet as a nation Australia is failing to do its fair share on climate change.

“The world is watching Australia to see whether we’ll take action on climate change to protect the planet’s largest living structure and one of its most biologically rich and beautiful treasures. This means we need to stop new coal mines opening up, including Adani’s Carmichael mine and move rapidly to renewable energy.

“Australians are watching more closely than ever before. We just want our Reef fixed,” Cazzulino said.