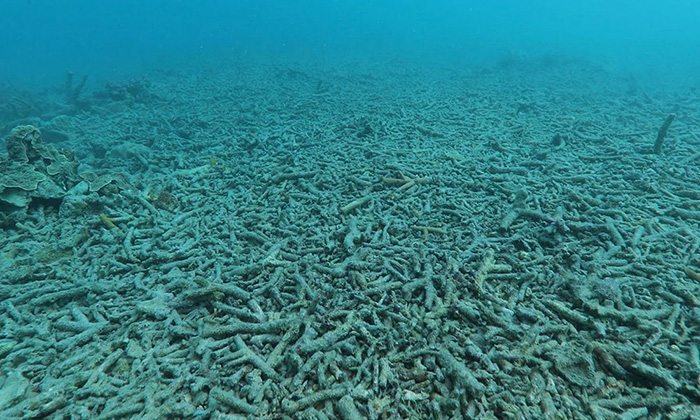 Controversial coal mining company Adani was yesterday in the Bowen Magistrates Court facing rosecution by the Queensland Government over the discharge of coal-laden water into the Great Barrier Reef during Cyclone Debbie in March 2017.

The Australian Marine Conservation Society (AMCS) has demanded that Adani admit in Court it polluted the Great Barrier Reef with coal-contaminated water.

Adani’s own letter to the Queensland government last year revealed that it discharged an amount of coal-contaminated water far in excess of the temporary emissions licence it was granted by the Queensland Environment Department for the duration of the Cyclone.

“Adani is a company that has shown many times that it cannot be trusted with our precious Reef,” said AMCS Reef campaign director Imogen Zethoven.

“It has a terrible environmental record in India, including a major coal spill into the marine environment near Mumbai that it failed to clean up for more than five years. It has polluted beaches and destroyed mangroves.

“Now in Australia, it is in court fighting charges that it has polluted the Great Barrier Reef. It is also being investigated for illegal drilling at the Carmichael mine site.

“Our precious Reef is in grave danger due to climate change, which is mainly driven by mining and burning coal. Multiple reports have been released saying that the time is up for new coal developments.

“The IPCC 1.5C report warns we stand to lose all of the world’s coral reefs if global temperature rises to 2C.

“The choice is stark and upon us now: we can either allow a monstrous new coal mine to go ahead that will push temperature rise beyond the limits for the Great Barrier Reef or we can say time’s up for new coal, and protect the Reef and the 64,000 jobs that depend on it.

“Why would any Australian government allow a mine to proceed that will spell disaster for our most precious natural asset?