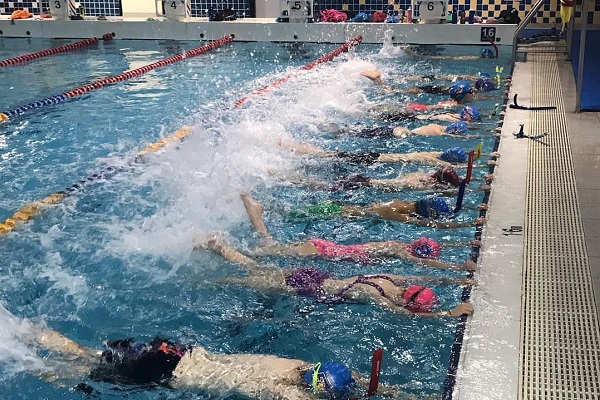 A Sydney North Shore swimming school that allowed a teacher to keep his job following complaints of "inappropriate holds" nine months before he was arrested on child sex charges has committed to change its child safety policy.

Aquatic Leisure Management, which operates the Ezyswim branded swim school at the Mosman Swim Centre, made the announcement following revelations in the Manly Local Court on Wednesday that it had allowed Kyle Daniels to remain employed as a casual swimming instructor despite complaints by a parent.

The Court heard that in August last year, a parent complained of an "inappropriate hold" used by Daniels.

He retained his job, "under supervision", until he was arrested on charges of sexually abusing two young girls, 6 and 8, last week.

In the intervening week, six more alleged victims have complained to NSW Police.

It is understood that the police's case does not rely exclusively on testimony from the alleged victims, but also on CCTV.

Daniel is facing 31 charges of child sexual abuse relating to eight girls under the age of 10, whom he was teaching to swim.

Ezyswim, which also runs swimming lessons at Lindfield and Bankstown, today released a statement saying it was "introducing additional safety measures" in light of what it called the "horrific" allegations.

"However, in light of these horrific claims involving a former instructor at the centre, we are introducing additional safety measures that go over and beyond industry practice, so parents can be assured children are as safe as possible. As part of this, our teachers are participating in additional Child Protection & Safety education through Swimming Australia.

"We are also ensuring there is an additional pool deck supervisor on duty.

"We have also provided counselling services for the team here as they are naturally distressed by the alleged events involving a former colleague."

Daniels was released from Emu Plains' Amber Laurel Correctional Centre on Wednesday afternoon after his parents posted a $100,000 surety.

His bail conditions include daily reporting to Manly Police station, not going to pools or beaches and surrendering his passport.

Image: The swim school at the Mosman Swim Centre. Image used for illustrative purposes only.