Swim School operator in the running for national franchising award 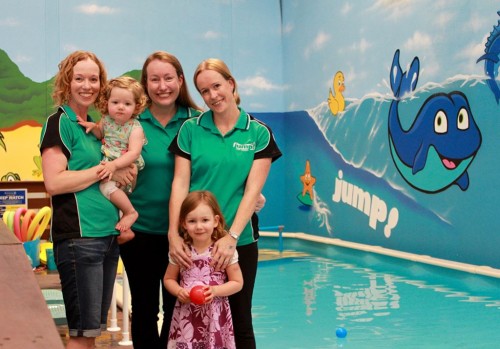 Amanda Hicks, founder of JUMP! Swim Schools Fairfield, has been nominated for the Franchise Council of Australia’s Franchise Woman of the Year.

It has been a rapid rise to business triumph for Hicks, who opened JUMP! Swim Schools Fairfield in February 2015 with just 62 students – growing her business in just over two years into a thriving swim school with nearly 500 little swimmers.

The award nomination recognises her entrepreneurial spirit and business success is providing a positive influence on the growth of women across the rapidly-expanding international swim school franchise network.

JUMP!’s franchising model gave her the opportunity to join her love for swimming and decade of aquatic education with strategic business savvy and an MBA.

She will be opening her second JUMP! Swim School franchise in partnership with her sister in late 2017.

Commenting on her shorlisting and the development of her business, Hicks stated “I am blessed to share my franchise experience with my sisters, both of whom now work for JUMP! Fairfield.  I am so proud that my business can support their families and provide meaningful employment for them.”

“JUMP! Swim Schools has a ‘pinkie promise’ to our customers: to treat each child as if they are our own.  I believe my staff have taken this one step further to extend this promise to my own baby - my franchise. Like any other toddler, having a two-year-old franchise can be challenging at times! And rewarding.

JUMP! Swim Schools has 46 swim schools open both in Australian and internationally and was awarded Emerging Franchisor of the Year by the Franchise Council in 2017.

For more information go to www.jumpswimschools.com.au