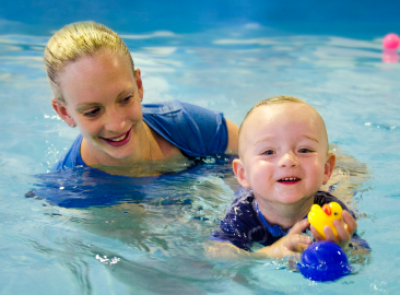 Queensland-based JUMP! Swim Schools has been named Emerging Franchisor of the Year at the Franchise Council of Australia’s Excellence in Franchising Awards.

The rapidly growing franchise business took out the award ahead of a field of outstanding companies including Soul Origin, Salts of the Earth, Shoebox Book Keeping and KX Pilates.

The national awards win puts the national early years learn-to-swim provider in the company with past winners including healthy burger chain Grill’d, optometrists Laubman & Pank and 24/7 gym group Plus Fitness.

JUMP! Swim Schools Managing Director Ian Campbell (pictured below) says it was an honor to have won the award against such a strong and inspiring field of finalists who are each leading successful and innovative businesses, stating “it’s been such an exciting year – we will soon be opening swim schools in Singapore, Brazil and the Philippines. JUMP!’s international presence was motivated by reputation, demand and a simple and financially secure business model.

“But it is the increase in participation levels, water skills, confidence and enjoyment of our water lifestyle that is the measure of our success.”

JUMP! Swim Schools was also a national finalist in the Franchise Innovation category.

It has been a rapid rise to success for JUMP! Swim Schools which opened its first franchise on the Gold Coast in mid-2014. 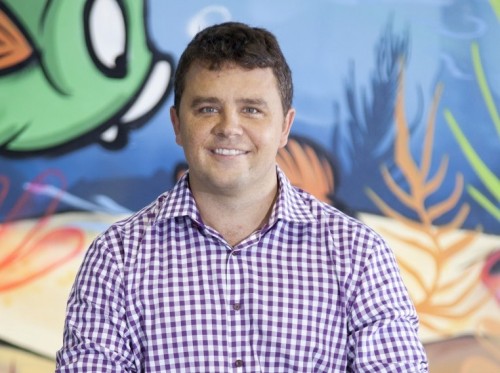 The company has gone on to become the nation’s leader in infant swim instruction with 44 trading locations around Australia, a further 50 scheduled to open nationally within six months and three sites signed internationally in New Zealand, Brazil and Singapore.

JUMP! now employs more than 40 people through head office on the Gold Coast, corporate sites and satellite offices in Perth and Melbourne,

Campbell launched JUMP! in the NSW town of Grafton in 2010 when he bought his first swimming facility.

He recalls “iIt was a little pool in a former brewery shed: but the moment I stepped inside, it dawned on me that this set up solved the biggest problem with learn to swim - distraction.

“I bought the business, quit my job, moved to Grafton and built the company on country values - getting to know every customer and being invested in the kids so they can leverage off confidence to excel in the pool.”

JUMP!’s boutique swimming facilities, custom curriculum and fun, safe and calm environment that is dedicated purely to early-years learn to swim lessons is also behind JUMP!’s model of excellence and rapid business growth.

JUMP! Swim Schools teach babies as young as three months to swim through its distinct highly-personalised program and expert teaching.

Campbell adds “swimming is a confidence-based skill and we saw the need for an intimate, purpose-built facility that delivers a very personalised experience for families.

“We are the child carers of learn to swim. We have a low teacher on baby ratio and we are putting specialised education with metrics back into learn to swim and that relates to our success across the country.”

JUMP!’s most innovative achievement is its purpose-built pools and facilities which average 350 students, in the 0 to five age group, per location, meaning that thousands of young children are learning a vital life skill and water safety.

JUMP! was recently named winner of the Gold Coast Business Excellence Award for Health and Wellbeing, the Australian Swim Schools Association Inclusive Swimming Award for its service for children with special needs, and Silver Stevie Winner in two categories of the world’s premier business awards, the 2016 Asia-Pacific Stevie Awards.

The Franchise Council of Australia is the peak industry body for the $144 billion Australian franchise sector. The Excellence in Franchising Awards recognise the important contributions franchising makes to local communities and the opportunities the sector provides to foster business success.