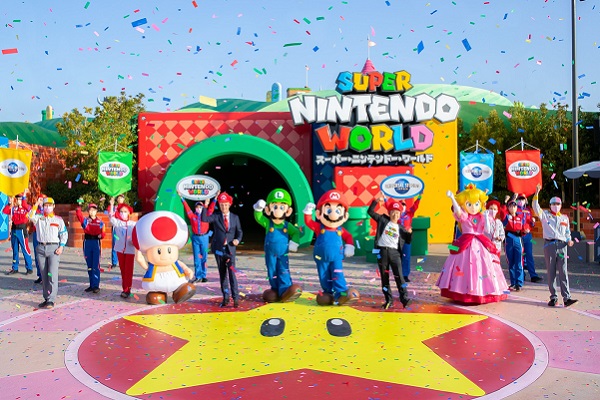 Delayed by the Coronavirus pandemic, the ‘Super Mario’-themed precinct is the first of four attractions to be licensed by Nintendo Co Ltd at Universal Studios theme parks, with the others to be opened in Singapore and, in the USA, in Florida and California.

For Universal Studios Japan, the addition of the games maker’s intellectual property comes on top of other franchises, which include Minions and Jurassic Park.

Guests at the attraction enter through a giant ‘warp pipe’, to experience a real-world version of games creator Shigeru Miyamoto’s Mushroom Kingdom, where they are met with chomping piranha plants, punchable coin blocks and a flag-topped Mount Beanpole.

Other features within the highly themed and immersive land inspired by the worlds, characters and adventures of Nintendo include Mario Kart: Koopa’s Challenge, a ride employing augmented reality headsets, and Yoshi’s Adventure for younger visitors.

The attraction also sells guests a US$30 ‘power-up band’ which syncs with the park’s app to rank them as they gather coins and defeat adversaries. 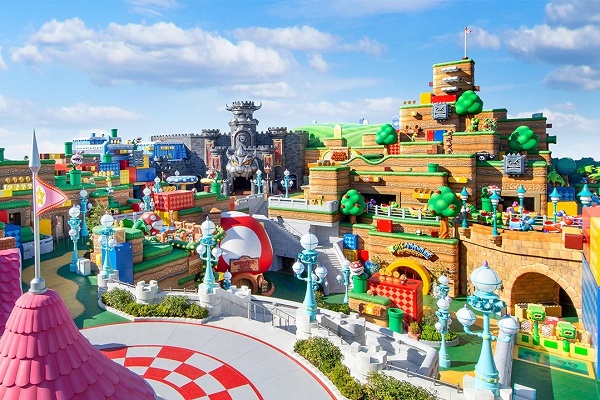 The wristband draws on the interactive wands in the Harry Potter attraction and Nintendo’s tradition of tactile gaming gadgets and aims to capitalise on Mario’s generation-spanning appeal to drive repeat visits to the theme park.

Miyamoto, who Reuters report has been under pressure to more aggressively commercialise Nintendo’s fan base, attended yesterday’s opening.

He told the Japan Times “this is an area where everyone from children to adults can use their five senses to enjoy.

“I want people from around the world to visit once the coronavirus pandemic is over.”

For Nintendo, the venture represents the start of its expansion from video games and consoles into the wider entertainment industry. By moving into the production of mobile games, movies, theme parks and merchandise and leveraging decades’ worth of accrued intellectual property, the company is, according to David Gibson, an analyst at Tokyo-based Astris Advisory, now “in a decades-long strategy of going from being a video game company to an entertainment company.”

Because Japan’s borders are still closed to international travellers, only domestic visitors are currently able to enjoy the new attraction.

The nation’s 'state of emergency' declaration was only lifted earlier this month in Osaka and remains in place in Tokyo.