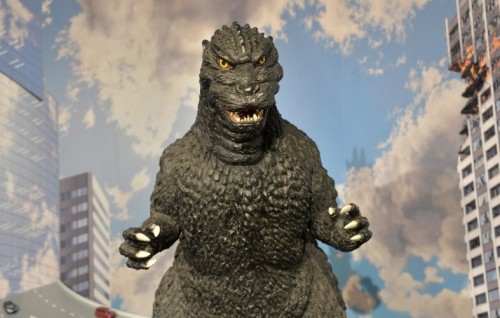 Universal Studios Japan has revealed an all-new, 4D attraction set to debut at next year’s ‘Universal Cool Japan 2017’ event, which will bring the Japanese legend of ‘Godzilla’ to life.

The Osaka-based theme park and resort has revealed that it will debut the multi-sensory experience ‘Godzilla: The Real 4D’ early next year (at a date yet to be announced), linking with the Universal Cool Japan 2017 event which commences on 13th January 2017.

The attraction, based on the regularly remade movie franchise, will see guests confront a giant, 118.5-metre-tall ‘Godzilla’ rampaging through the city.

Godzilla, a giant monster originating from a series of tokusatsu films of the same name from Japan, first appeared in Ishiro Honda’s 1954 film Godzilla, but was awarded the world record in 2014 for longest continuously running film franchise.

This past weekend the movie Shin Godzilla or Godzilla Resurgence hit screens in Japan – storming the country’s box office.

This is the first time Godzilla will feature in the Universal Cool Japan line-up, an annual event which delivers real-life reproductions of the worlds of top entertainment brands from a wide range of genres, including movies, manga, anime, games, music, and fashion. 2017 marks the third edition of Universal Cool Japan.