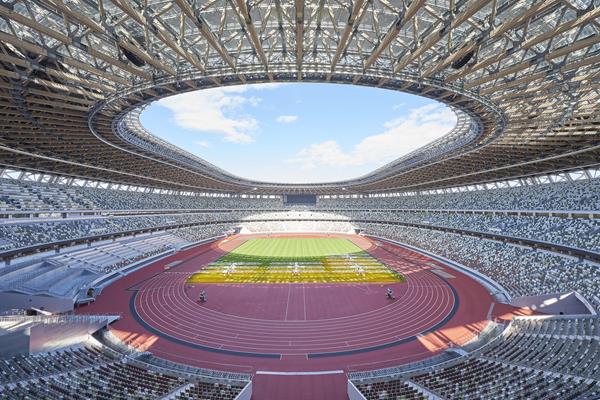 The Tokyo Olympics and Paralympics will reportedly only have Japanese fans attending this year's Games.

As reported by Japan’s Kyodo news agency, this year's Tokyo Olympics and Paralympics will be staged without overseas spectators due to public concern about COVID-19.

Citing officials with knowledge of the matter, Kyodo reported that the Tokyo 2020 organising committee will meet with the government, the International Olympic Committee and two other bodies “possibly next week”, when the decision is expected to be ratified.

Organisers met last week and confirmed that a decision on overseas fan attendance would be made by the end of March, with a further announcement to be made next month on how many domestic fans will be permitted at venues.

Noting that around a million international visitors were set to attend the Games, Kyodo noted that refunds would need to be given to overseas fans that had planned on attending the Games.

Postponed by a year because of the Coronavirus pandemic, the Olympics are scheduled to run from 23rd July to 8th August followed by the Paralympics from 24th August to 5th September.

Noting that the opening ceremony of the Olympic torch relay from 25th to 27th March would also be held without any spectators, Kyodo quoted an official as stating “the organising committee has decided it is essential to hold the ceremony in the north-eastern prefecture of Fukushima behind closed doors, only permitting participants and invitees to take part in the event, to avoid large crowds forming amid the pandemic.”

Speaking to Reuters about the issue, Lord Sebastian Coe, Chair of the organising committee for the 2012 London Olympics which enjoyed sell-out crowds, and now President of World Athletics, said the goal was always to ensure "the best possible games for the athletes and having full stadiums of passionate people", preferably with a "good global presence".

Lord Coe “with all the work being done around vaccinations and the huge sacrifices large parts of the world have made over the last year, I would hope that fans will be able to attend (the Tokyo Olympics).

"However, if local communities are concerned, then athletes will accept that and it is a trade-off they are prepared for."

A recent Japanese newspaper poll showed 77% of respondents did not want foreign fans to attend the Tokyo Olympics and Paralympics.

Image: The Tokyo National Stadium, centrepiece for this year's Olympic and Paralympic Games.