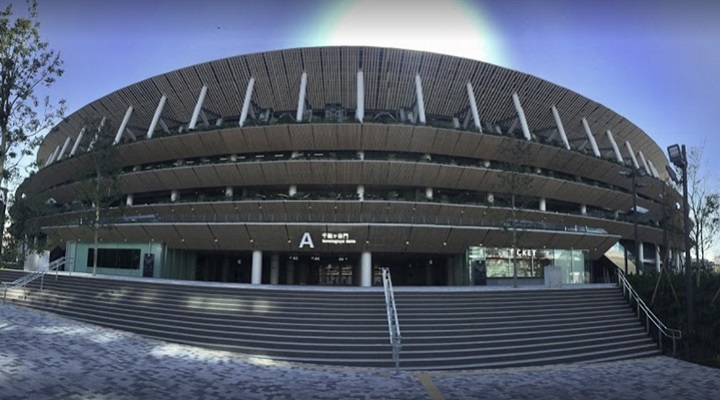 Amid speculation that Japan’s Government has privately concluded the Tokyo Olympics will have to be cancelled because of the Coronavirus pandemic, Japanese Prime Minister Yoshihide Suga and International Olympic Committee officials have insisted the Games will be held.

Following a report in UK newspaper The Times that the already postponed Games are set to be cancelled, Japanese Prime Minister Yoshihide Suga issued a statement on Friday saying the Government and "all our delivery partners" would continue "to make every effort to prepare for a safe and secure Games".

On Thursday, IOC President Thomas Bach committed to the Games going ahead, telling with Japan's Kyodo News “we have at this moment, no reason whatsoever to believe that the Olympic Games in Tokyo will not open on the 23rd of July in the Olympic stadium in Tokyo.

"This is why there is no plan B and this is why we are fully committed to make these Games safe and successful.”

International Olympic Committee (IOC) Vice-President and Chair of the Tokyo Coordination Commission John Coates also insisted that the Games will be held, telling the ABC “there has been no discussion on cancellation.”

Coates, who in mid-March last year insisted that the Games would go ahead in 2020 (they were postponed later that month), went on to say “at the end of the day, politicians do have to take into account the feelings of those inside their party and the general public.

"But this is not the message we are getting from Prime Minister Yoshihide Suga or the president of the Tokyo Organising Committee Yoshiro Mori, himself a former prime minister."

Coates suggested that the "worst-case" scenario being planned for the Games, is further restrictions.

Other reports suggest that the Games might be held without spectators.

The Olympics are scheduled to run from 23rd July to 8th August, with the Paralympics due to follow from 24th August to 5th September, having been subject to an unprecedented year-long postponement as a result of the Coronavirus crisis.

Japan has been hit less severely by the pandemic than many other advanced economies, but a recent surge in cases has spurred it to close its borders to non-resident foreigners and declare a state of emergency in Tokyo and major cities.

The Tokyo Games are already the most over-budget Games for absolute dollar values with the official cost having risen 22% to US15.7 billion.

Cancellation of the Games would not only impact Japan but also have a huge financial impact on the IOC and Olympic sports.

Image: Tokyo's Japan National Stadium is set to be the centrepiece of the delayed 2020 Games.