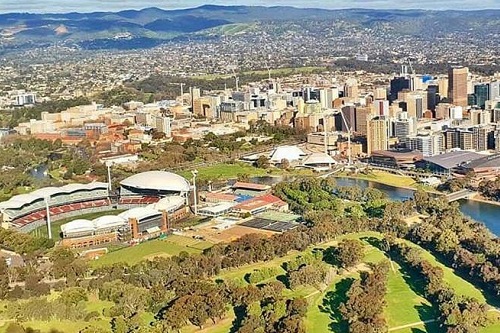 The South Australian Government has officially launched a feasibility study into the prospect of Adelaide hosting the 2026 Commonwealth Games. The study will address potential economic gains, population growth, job creation and social benefits which could arise, but will also assess the risks associated with such an event.

The Games have the potential to raise South Australia’s international profile among the 2.3 billion people who reside throughout the 53 Commonwealth states.

The study officially moves Adelaide from the ‘Dialogue Phase’ to the ‘Feasibility Phase’ in line with Commonwealth Games Federation guidelines.

Minister for Sport Corey Wingard said the Commonwealth Games Community had made it clear there was great interest in Adelaide becoming a host city for the Games, but work needs to be done to see if the Games were right for Adelaide.

The feasibility study, to be compiled by the Office of Recreation, Sport and Racing, is expected to be completed later this year.

The South Australia Government will then use the advice to decide whether to progress from the ‘Feasibility Phase’ to be a ‘Candidate City’ for the 2026 games.

Office for Recreation Sport and Racing Chief Executive Kylie Taylor said that such events have the power to inspire a new generation of South Australian athletes.

“The legacy of a Commonwealth games can extend well into the future for up and coming athletes while the current stars have extra motivation to compete on home soil,” she said.

“We will continue working with the states and cities interested in hosting the Games in Australia before any decision is made on who a preferred candidate and final bidder will be,” Houston said.

While the feasibility study will be considered in the context of 2026, it will also give insight into potential bids for the 2030 and 2034 games.