Long-awaited $3 million skate park to be built in Adelaide 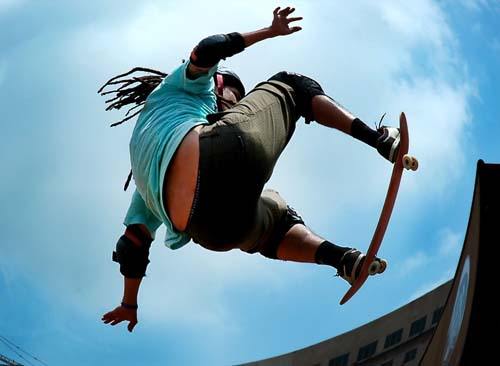 The South Australian Government and Adelaide City Council have partnered to deliver a new City Skate Park, which will be integrated into the Gladys Elphick Park/Narnungga (Park 25).

The South Australian Government will provide the $3 million funding required for the City Skate Park, due to be completed in the first half of 2020.

The skate park will be built on West Terrace in Adelaide and open next year, ending the long-running saga to replace a former CBD facility which was razed for development.

Skaters have been without a permanent city site since 2015, when Adelaide City Council’s former North Terrace park was closed to make way for construction of a UniSA health building.

South AustralianTransport Minister Stephan Knoll claimed the former Government “tore down” the old park without plans for a replacement.

Advising that the South Australian Government was now delighted that Adelaide would soon have a fun and safe location for a City Skate Park, Minister Knoll stated “Park 25 is an ideal location because it’s well connected and serviced by our tram work, making it easy for young people and other users to access the skate park.

“The planning and design phase is now underway and further consultation will commence mid-year to determine the exact location and scope of the skate park.”

South Australian Minister for Child Protection and Member for Adelaide Rachel Sanderson welcomed the announcement saying the local community had been calling for a new City Skate Park for years, adding "this is great news for both the residents of Adelaide and young people who will finally have a new, dedicated safe place to skate.

“A new City Skate Park has been a long time coming and it’s been an issue that has constantly been raised by my constituents and CBD businesses.

“This will alleviate the need for young people to use the city as a skate park and instead, use this fantastic new outdoor space.”

Lord Mayor Sandy Verschoor said this was a great initiative for the local skating community, concluding “building a permanent replacement has taken far too long. Council has strongly and consistently lobbied the State Government for a new facility since the closure of the North Terrace skate park in 2015.

“I sincerely thank the new State Government for listening and taking decisive action to provide the funding required to construct a new City Skate Park.

“The new City Skate Park at Gladys Elphick Park/Narnungga (Park 25) will be another great attraction for city residents and visitors.

“I look forward to working with the local skate and BMX communities, as well as other stakeholders, to ensure that this facility is accessible, inclusive and enjoyable.”