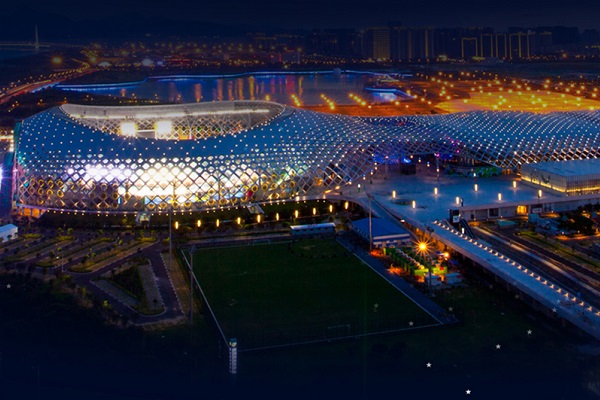 The inaugural edition of the Women’s Tennis Association’s 'crown jewel' event of the year, the WTA Finals, will draw to a close in the Chinese city of Shenzhen this weekend.

Secured after Singapore ceased its hosting of the event in 2018, the Shiseido WTA Finals Shenzhen commenced is being held from from 27th October to 3rd November, offering a record-breaking US$14 million prize purse.

Shenzhen's securing of a 10-year hosting deal with the WTA for the rights to stage the Finals from 2019 until 2028, was submitted by Chinese real estate developer Gemdale Corporation, with the tournament looked upon as a key element of the Southern Chinese city’s event calendar.

The WTA Finals are being held at Shenzhen Bay Sports Center for the first two years but are set to move to a new venue in the heart of the city as of 2021.When complete, the new location will feature a 16,000-seat multi-function arena, along with the redevelopment of a 40,000-seat football stadium.

The eight-day tournament has seen both the singles players and doubles teams compete in round robin matches to make it to the knockout rounds in the semi-finals and final.

Ambassadors at the event have included some of the biggest names in women’s tennis – Agnieszka Radwanska, Martina Hingis, Mary Pierce, Alicia Molik and Zheng Jie. Between the legends, they share 24 Grand Slam titles in singles and doubles, forming an illustrious line-up for the tournament as it settles in its new home.

The WTA Legend Ambassador program is an integral initiative by the WTA and Gemdale Sports to bring fans greater opportunities to interact with some of the greatest names in women’s tennis through community and fan engagement activities and tennis clinics.

The WTA Future Stars have also been hosted for the first time in Shenzhen, with 56 players in the Under-14 and Under-16 categories, including players from the Gemdale Academy.
Aside from tennis action, the event has also featured satellite fan villages across the city in locations including Sea World in Shekou, Gemdale School in Pingshan and One Avenue in Futian.