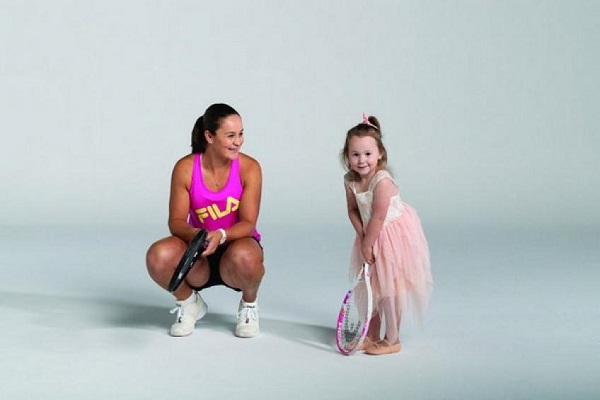 To encourage participation through years when girls drop out of sport, Barty will share her inspiring story through the new titled #PlayForYou campaign which will swing into action from Monday 4th November in Western Australia, then nationally from January.

Set to then run throughout the summer, the campaign has been launched in reaction to figures from Sport Australia’s AusPlay survey, which show that 36% girls in Australia, or one in three, are dropping out of sport by the age of 18, primarily due to debilitating peer pressure to look good and body image issues.

Recently named Australia’s Sports Woman of the Year a week after becoming the first female tennis player to win The Don at the Sport Australia Hall of Fame awards, Barty has captivated the sports world with her down-to-earth attitude and willingness to spend time motivating players at a grassroots level.

Significantly, the 2019 French Open champion’s own pathway included a much-documented pause in her tennis career at the age of 18 to refresh mentally and “experience life as a normal teenage girl.”

After a two-year break from the sport, Barty returned to tennis in 2016 and has been on a quick ascent ever since, holding onto the world No.1 ranking since the US Open, September 2019.

Introducing the campaign, Barty stated “this campaign is very close to my heart, I think it’s beautiful because it encourages girls all across the nation to get involved, choose their own path and not listen to societal pressures.”

Recalling that “I was told a few times along the way that I was too short to make it”, Barty explained “I have always loved playing sport and remember picking up a racquet for the first time when I was five. I love all sports, and have made so many friends and met so many wonderful people through my tennis journey. I feel very fortunate for the opportunities tennis has provided me.

“Aside from the obvious health benefits, sport is a fantastic way to develop confidence and feel good by doing something physical. I hope to see more girls take up sport, whatever they choose.

“You don’t have to be a professional athlete to experience the gifts sport delivers. The most important thing is having a go and having fun.”

To help combat some of the barriers that girls in sport can experience, a television commercial and social media content campaign with the tagline, ‘I Play For Me’, ‘You Play For You’ will spread the #PlayForYou message plus Barty’s core belief of staying true to yourself.

Barty added “if one girl decides to play sport - or not give up playing sport - then I’ll be extremely happy. I encourage girls and women to share their sport journeys the campaign, using the campaign hashtag #PlayForYou.”

The campaign sees Barty joined by six girls, aged 13 to14, and her three-year-old niece Lucy who has been an ongoing source of encouragement throughout the intense spotlight of international sporting fame.

Also commenting on the campaign and the issues it addresses, Tennis Australia Chief Executive and Australian Open Tournament Director Craig Tiley went on to say “we know girls often feel intimidated joining a sports club or exercising in public and we want to remove as many barriers to participation as possible.

“Ash Barty is the perfect role model for young girls to challenge the status quo. She’s an unconventional champion who had the courage to do it her own way."

The #PlayForYou campaign will accompany increased opportunities for women and girls in tennis as part of $12 million of Federal Government funding announced in January. 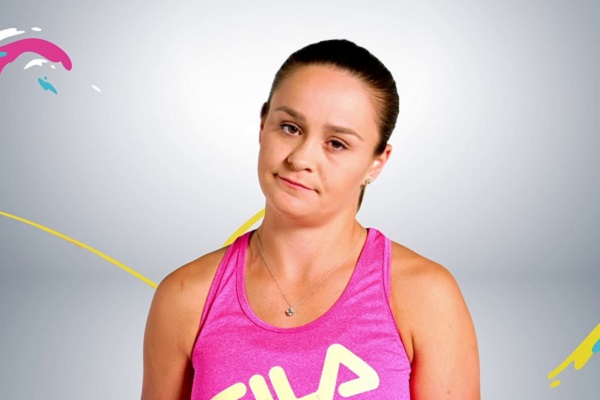 These include a commitment to grow the number of female coaches, provide girl-specific talent development programs, foster female participation in community leadership and mentoring programs and to increase both the numbers of girls participating in tennis and those who go on to play the game competitively.

Tennis Australia Chief Marketing and Insights Officer Josie Brown concludes “we hope the fun, colourful and encouraging nature of the #PlayForYou campaign content will grab the attention of girls, breakdown barriers and inspire girls to stay in sport.

“The aim of our marketing is to tell emotive and relatable stories through tennis, and we are very fortunate to have Ash Barty as the ambassador of this campaign, she is a natural fit.

“Ash has tackled many challenges that young girls still face today, she speaks authentically about her experiences and is comfortable doing so. Ash is aspirational, and a much-loved Australian who genuinely cares about keeping girls active and enjoying sport."

Images: Ash Barty as the face of the #PlayForYou campaign.