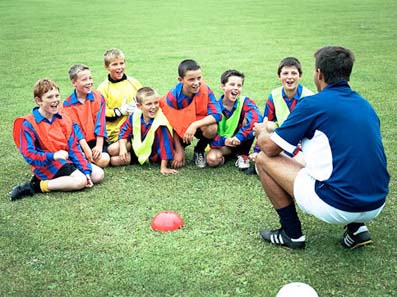 Just released figures from the Australian Bureau of Statistics (ABS) show that there has been a decrease in the number of Australians participating in sport and physical recreation.

ABS Household Surveys Director Gary Niedorfer explains "overall, 60% of Australians aged 15 years and over participated in sport and physical recreation in 2013/14, compared with 65%% in 2011/12."

Niedorfer added "3.5 million people reported walking for exercise, still the most popular physical recreational activity undertaken by Australians in 2013/14, this is despite a significant drop in the participation rate from 2011/12.

"(Walking) remains the exercise of choice for females in 2013/14, while the most popular activity for males was fitness/gym.

"There has also been a drop in the proportion of people undertaking other activities such as swimming and cycling."

The highest participation rate for sport and physical recreation was in the Australian Capital Territory (73%), while the other states ranged from 54% in Queensland to 67% in Tasmania.

Of the 5.2 million people involved in organised sport and physical activity, 6.8% received some type of payment for their involvement. People involved as a coach, instructor or teacher were more likely to receive some payment (26%) than people in a playing role (2.8%).

Further details are available in Participation in Sport and Physical Recreation, Australia, 2013-14 (cat. no. 4177.0).