Tennis Australia to roll out new court surfaces across the nation 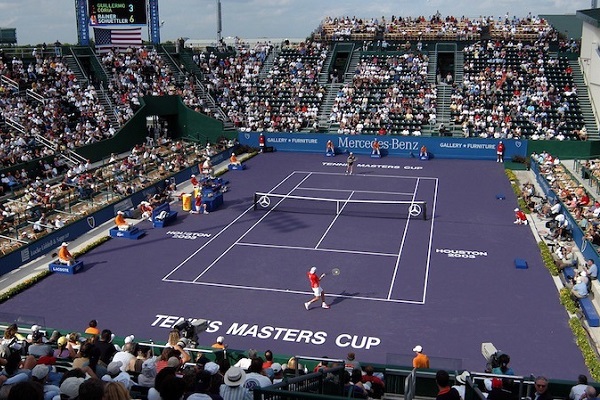 Tennis Australia's decision to appoint GreenSet Worldwide as its official court surface supplier, revealed exclusively yesterday by Australasian Leisure Management, will see the surface rolled out for the ATP Cup in Brisbane, Perth and Sydney and ATP/WTA tournament in Adelaide, as well as the Brisbane International and Hobart International during the upcoming summer.

While the surface will change, the Australian Open’s distinctive blue court will remain the same, with the GreenSet Worldwide team now working with Tennis Australia to ensure a successful rollout of the new cushioned acrylic hardcourt for Australian Open 2020 and events around the country.

GreenSet Worldwide, owned and operated by former Spanish player Javier Sanchez Vicario since the year 2000, won the contract after an extensive tender process.

The company has a near 50-year history designing, building and surfacing tennis courts around the world, including for major international events, and has an impeccable reputation among the playing group and within the international tennis industry.

A key requirement for the rollout is the quality and consistency of the playing surface at all events across the Australian summer – the new ATP Cup in Brisbane, Perth and Sydney and ATP/WTA tournament in Adelaide, as well as the Brisbane International and Hobart International.

“Both Javier (Sanchez Vicario) and GreenSet are very well known in the tennis community, and as tennis surface specialists they have a long and successful track record of installation experience at major events around the world.

“Under GreenSet’s guidance, our cushioned acrylic surface will remain the same, but with a very detailed and intensive installation process designed to achieve the highest quality playing surface at each of the venues.

“It’s no secret we put the players first in all our planning, and we know how important it is to them that no matter where in Australia they play, they have a great experience on the court. We look forward to working with Javier and GreenSet to achieve this.”

GreenSet Worldwide Chief Executive Sanchez Vicario stated “on behalf of all of us at GreenSet we are excited to be working with Tennis Australia to create a high quality court surface for the Australian Open and events across the country over the coming years.

“Our team is looking forward to delivering an incredible standard of court surface across all the courts and venues in each state.

“For me it will be wonderful to return to the courts of Melbourne Park, a place where myself and my family have amazing tennis memories.”

Tennis Australia acknowledged California Sports Surfaces for its commitment to high quality tennis surface systems, and for many years of collaboration on the provision of the surfaces for Australian Open and Series Tournaments.

Although an alternate surface was selected in the 2019 tender, Tennis Australia values California Sport Surfaces’ contribution to the game and recognises its ongoing efforts in delivering high quality surfaces for community courts throughout Australia.

Image: GreenSet's cushioned acrylic hardcourt in use in the USA.