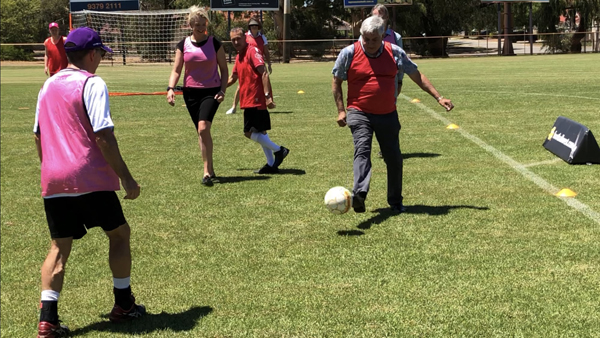 Sport Australia's latest AusPlay survey has revealed figures that show an extraordinarily high level of participation in sport and physical activity with 81% of adults - 17,979,684 people - saying they participate in sport at least once a week.

Breaking down the figures, which are self-reported by participants, shows that 17,979,684 of adults (defined as those aged 15 and above) are active once a week while 73.4% of children (3,465,967 people) are reported as participating in sport at least once a week.

Among young adults, those aged 15 to 19 years, the report advises of 94.7% participation while 85.4% of those aged 65 and over are also playing sport and being physically active.

Making a related comment on activity when speaking yesterday at the 2019 Parks and Leisure Australia National Conference, Sport Australia Chief Executive, Kate Palmer stated “participation in organised sport is decreasing, physical activity is on the rise”

On a less positive note, the AusPlay data also shows that 36% girls in Australia, or one in three, are dropping out of sport by the age of 18, primarily due to debilitating peer pressure to look good and body image issues.

Sport Australia released the first results from AusPlay in December 2016 and has continued to collect data on the number of people participating in sport and physical activity and how they participate.

However, the self-reporting system of data collection has been questioned and, tellingly, this latest release of data has not been accompanied by a press release or Ministerial statement that might have been expected to accompany such seemingly encouraging finding.

Australasian Leisure Management Publisher, Nigel Benton suggests "these figures are very different to others which show a national crisis of inactivity so I am sure the industry would value consistency and clarity in data reporting and gathering.

"With sports including AFL and Cricket Australia having previously been caught out for exaggerating participation data, it may be that AusPlay’s self-reporting data collection is seeing people exaggerate their activity levels.

“It is quite possible that the data may well include aspirations to be active or some people thinking that watching sport on TV or a mobile device counts as participation.”

Sport Australia released the first results from AusPlay on 8th December 2016 for data collected from October 2015 to September 2016. This release filled a major data gap for the sport sector, which had been without national participation estimates since 2014 when the Australian Bureau of Statistics (ABS) ceased all sport and recreation data collection.