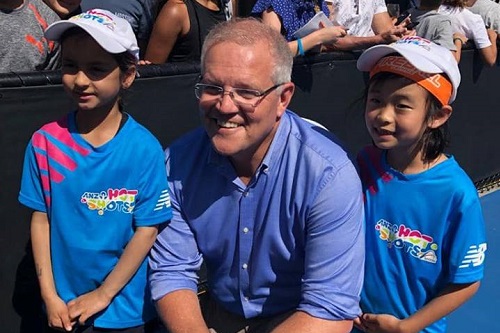 The Federal Government is to invest $12 million towards providing increased programs to disadvantaged and hard to reach communities throughout Australia in order to retain more girls and young women in tennis, open up more opportunities for talent development, while at the same time creating future female leaders in the sport.

Prime Minister Morrison said the Government’s investment in the Community to the World Stage program would continue help boost grassroots tennis participation amongst women and girls, advising “we want to help more girls follow their passion for tennis.

“As a father of two daughters, I want to help tackle the sorts of hurdles that can make it difficult for young girls to stick with their sport. That’s why this program will be so important for this and the next generations of female athletes.”

Building on existing programs offered by Tennis Australia the funding will:

• Provide 3000 girls with a tailored talent development program
• See 1000 girls and women participate in a community leadership and mentoring program
• Grow the number of female coach members by 10%
• Close the 12% gap in grassroots participation
• Increase the percentage of girls participating in competition from 37 to 45%. 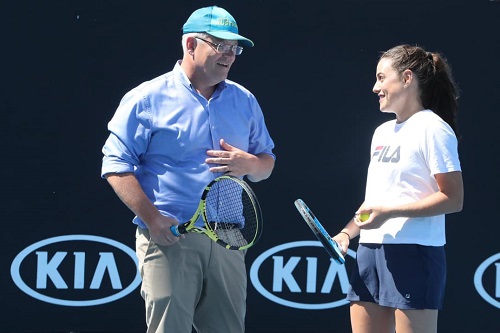 Federal Minister for Sport Bridget McKenzie stated “we know that you can’t be what you can’t see and our current crop of tennis stars are helping to motivate more women get more active, more often, whether it is as player, coach, umpire or volunteer.

“With our support Tennis Australia will be boosting their female coach numbers by 10% and retaining an extra 1000 girls and women in their community leadership and mentoring programs.

“From the grassroots to the top levels, our government is backing Australian tennis and our female stars of the future.”

“We now have the opportunity to put more resources into programs that support girls in the sport and encourage them to stay and play, no matter whether they are on the pro athlete path, or simply want to enjoy the sport socially and to keep fit.

“This funding will help up provide more young women with tailored development programs while at the same time offer mentoring and additional career pathways in areas such as coaching, sport administration and officiating.

“The aim of the Community to the World Stage initiative is to increase the opportunities for girls and women in the sport of tennis at all levels.”