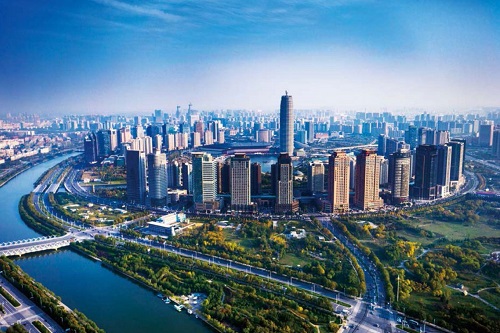 A new state-of-the-art tennis venue will be built in the Chinese city of Zhengzhou after the Women's Tennis Association confirmed it will stage a tournament there later this year.

The new tournament will take place the week following the US Open and will offer US$1 million in prize money in 2019 and US$1.5 million in 2020.

Operated by APG, Central Plains Tennis Centre and the China Open, the Zhengzhou event represents a stronger player flow on the global calendar as the WTA Tour transitions to Asia in advance of the season-ending WTA Finals Shenzhen.

Commenting on the new event, APG President Charles Hsiung stated "the Zhengzhou Open marks a huge milestone for the growth of tennis in the Asian region and particularly in China. APG’s great history and experience with tennis will allow us to showcase yet another premier event in the region. We also want to thank the WTA for trusting in APG and giving Zhengzhou, Henan, the opportunity to showcase itself to the world.

"Together with the Chinese Tennis Association, Henan Sport Bureau, Zhengzhou Municipal Government and Central Plain Tennis Centre, we are all committed to ensuring that the Zhengzhou Open will be held at the highest possible level at a world class facility."

The Zhengzhou Open replaces the Connecticut Open in the USA which will not take place in 2019.

The tournament, a celebrated event on the WTA calendar for 21 years, made the decision to sell its sanction after its financial model became unviable without a title sponsor.

The 2019 WTA calendar features 55 tournaments across 29 countries and record prize money of over $164 million. The international breadth of tournaments includes 22 events in Europe, 11 events in the Americas and 20 events in the Asia-Pacific region.

8th July 2010 - Chinese Baseball League to be launched in August