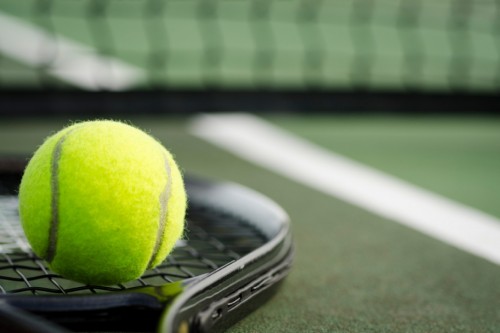 Two women who were abused by their tennis coach as children at tennis club in Canberra's south are calling for the club to sign up to the National Redress Scheme for Institutional Child Sex Abuse.

Former coach John Cattle was last year found guilty of indecently assaulting and acting indecently towards two of his former tennis students while coaching at the Forrest Tennis Club in the 1980s.

As reported by the ABC, the two victims, who want to remain anonymous, have told their stories for the first time in a jointly released statement.

The statement advises “we are speaking out because Forrest Tennis Club, despite knowing that crimes were committed on their premises more than 30 years ago, and despite a criminal conviction of their contracted coach, has failed to demonstrate any accountability or responsibility

"This abuse, which began 38 years ago and culminated in a two-year criminal trial, has taken a significant physical, emotional and financial toll on both of us.

"This failure is not only a disincentive to other victims of child sexual abuse. It also indicates a disturbing and prevailing culture within the club with respect to child protection."

ACT Victims of Crime Commissioner Heidi Yates says the Club should publicly acknowledge the abuse, implement child-safe measures and sign up for the redress scheme, which was set up in response to the Royal Commission into Institutional Responses to Child Sexual Abuse.

Yates told the ABC “the club's stance is extremely concerning (and it) also sends a disturbing message to any parent, child or young person currently involved in the club.

"The club needs to urgently demonstrate to parents, children and the community that they will put measures in place to protect current and future junior tennis players."

A Forrest Tennis Club (FTC) spokesman said the club supported the rights of sexual and physical abuse victims and their right to fair compensation.

"However, the committee was not in a position to sign up to the scheme before an NRS-imposed deadline, which led to the Club being publicly named.

"The club has not ruled out joining the scheme, and we will continue to engage constructively with the NRS.

"For legal reasons the club is not able to comment further publicly on this matter."

Forrest Tennis Club was publicly identified earlier in the year for failing to sign up to scheme, which was set up three years ago.

At the time, Federal Minister for Families and Social Services Anne Ruston, who is responsible for the scheme, said the club would no longer be eligible to apply for Commonwealth grant funding and was at risk of losing its charitable status.

The Victims of Crime Commissioner agreed with that position, adding “if the club cannot act swiftly to remedy this regrettable situation, I do not believe they should be eligible to receive funding or support from the ACT government, Tennis ACT or Tennis Australia.”