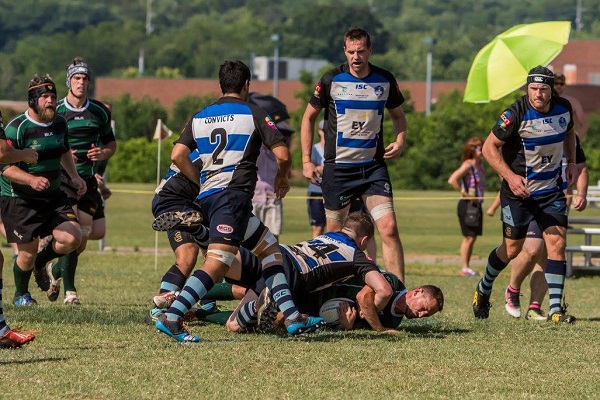 Rugby Australia has struck a formal alliance with Australia’s four gay and inclusive rugby clubs and International Gay Rugby (IGR) with the aim of growing rugby participation among the LGBTIQ community in Australia.

A new Inclusive Rugby Committee will be formed under an agreement signed by the six organisations during the Purchas Cup in Brisbane over the weekend.

With a primary charter to grow the participation rate of people playing Rugby in the LGBTIQ community, the Committee will look to identify barriers and propose solutions to promote participation, as well as educating the rugby community about the impact of homophobia on the safety and wellbeing of LGBTIQ participants.

The Committee will also look to strengthen and grow the existing four gay and inclusive rugby clubs - Sydney Convicts, Melbourne Chargers, Brisbane Hustlers and Perth Rams - and support the development of new clubs.

Rugby Australia Chief Executive, Raelene Castle advised “Rugby Australia has worked closely with the gay and inclusive Rugby clubs to develop a program to further support the development of Rugby in the LGBTIQA+ community.

“We want Rugby to be a game that all Australians can enjoy regardless of their age, race, background, religion, gender or sexual orientation and this formal alliance between Rugby Australia and the clubs is a key step forward in fostering and maintaining a Rugby environment that is safe, welcoming and enjoyable for all members of the LGBTIQA+ community.”

As part of the partnership, Rugby Australia will also work alongside the clubs and IGR to bring the Bingham Cup - the biennial world championships of gay rugby - back to Australia, having hosted the tournament for the first time in 2014 in Sydney.