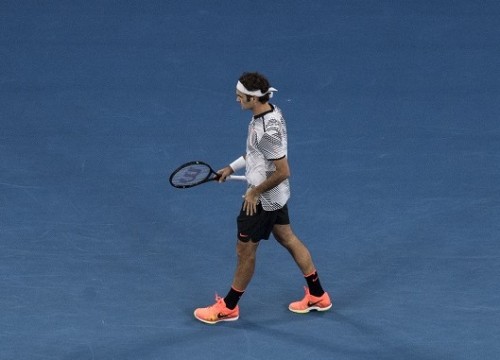 Tennis great Roger Federer will be returning to Perth in January 2018 to compete at the Mastercard Hopman Cup.

The 18-time Grand Slam champion will represent Switzerland for the fourth time at the mixed teams tournament that will again be staged at the Perth Arena.

Federer went on to win this year's Australian Open following his appearance at the 2017 Hopman Cup and in 2018 will once again be joined by Swiss player Belinda Bencic.

With Federer as the drawcard, fans broke attendance records at each of his matches last January with more than 41,000 people attending the Swiss team's three sessions.

Overall, 103,167 fans flocked to Perth Arena to watch one of the most successful events in the tournament's history.

Research commissioned by Tourism WA also showed that 39% of international and 43% of interstate visitors said Roger Federer was the main reason they travelled to Western Australia for this year’s edition of the tournament.

"The Mastercard Hopman Cup is a stand-out event which continues to grow from strength to strength, attracting some of the world's best tennis players, such as Federer, to the state-of-the-art Perth Arena.

"Tourism is a critical economic driver for the State supporting more than 97,000 jobs and injecting $10 billion into the Western Australian economy."

Western Australian Tourism Minister Paul Papalia added “events are vital to tourism as they attract visitors who inject millions into the economy, add vibrancy to the city and promote the State nationally and internationally through valuable media exposure.”

Under its current sponsorship deal the Hopman Cup will be staged in Perth until 2022.

The full player line-up will be announced in October.