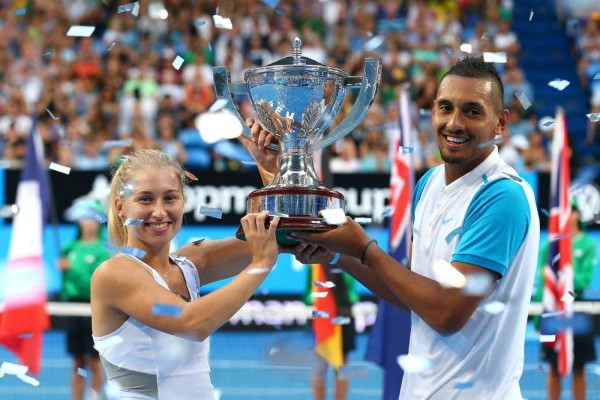 An aggregate crowd of 96,146 fans watched the 2016 Hopman Cup at the Perth Arena with a final day crowd of 12,563 seeing Australia’s Daria Gavrilova and Nick Kyrgios triumph in the tournament.

While Kyrgios and Gavrilova won Australia’s first Hopman Cup title since 1999, the seven day event’s crowd figures were the second highest ever during the 28 years of its annual staging – with final setting an attendance record for a Hopman Cup decider.

Although the withdrawl of several leading players prior to the tournament, including women’s tennis legend Serena Williams, was a blow, the event still featured 11 top 50 tennis players, including two top ten players.

This was the second highest session attendance in the tournament’s history, sitting behind the Australia and Serbia session in 2013.

On social media, as of 9th January @hopmancup on Twitter grew by almost 20%, to 19,500 followers and generated 4.36 million impressions and 192,000 profile visits during the event period.

Hopman Cup is the official mixed team competition of the International Tennis Federation (ITF) and is proudly supported locally by the Western Australian Government, through Tourism WA.

For more information go to www.hopmancup.com