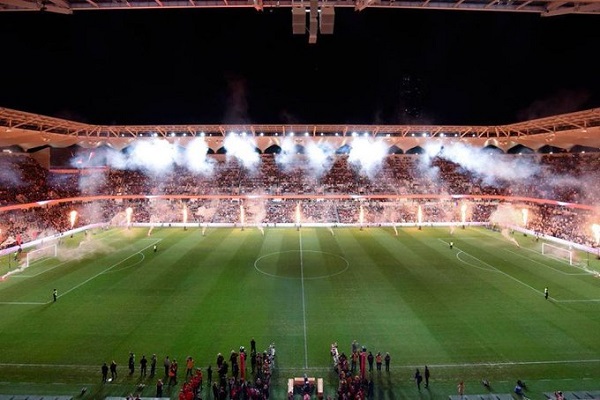 Ever changing plans and aspirations for new sporting venues in Sydney appear to be moving towards the development of up to five 20,000 seat stadia across the city.

Eight years after a NSW Government report suggested that it would look to end financial support for upgrades at Sydney's suburban grounds, the Sydney Morning Herald (owned by NRL broadcast partner Nine) has reported that NSW Deputy Premier John Barilaro is supporting the development of "up to five new NRL stadiums over the next decade", reportedly calling for “five more Bankwests” (referring to the 30,000 capacity Bankwest Stadium in Parramatta).

The report suggests that the NSW Government, which halted the planned $800 million redevelopment of Sydney's ANZ Stadium earlier this year, is backing the widely reported aspirations of Australian Rugby League Commission Chairman, Peter V'Landys for the development of new venues across Sydney over the next decade.

Referred to as a 'boutique stadiums strategy', V'Landys' plan is understood to include the redevelopment of the Brookvale Oval, Panthers Stadium in Penrith and the Netstrata Jubilee Stadium in Kogarah and a new stadium in Liverpool - each with a 20,000-seat capacity.

Deputy Premier Barilaro nominated the success of Bankwest Stadium in Parramatta as an influential factor for this strategy, stating "the (NSW) Government has an appetite for the ground renewal program that the NRL has put forward

“I think we’re going back to basics, back to the past where that tribalism is actually what the competition needs in a way. We’re seeing upgrades at Brookvale, you’ve got the Parramatta stadium. If we’ve got an opportunity to do three or four or five more Bankwests, well that’s got to be great for the game long term, great for the community and great for that competition.”

Neither Deputy Premier Barilaro or the Sydney Morning Herald made reference to Bankwest Stadium being a multi-use facility or there having been any consultation with other codes.

On Tuesday morning, FitzSimons tweeted: “Great that the NRL wants a whole slew of new stadiums. But any chance they - and not the taxpayer - could PAY for them, THEMSELVES?! Outrageous.”

Former Fox Sports commentator Simon Hill took the opportunity to revisit comments he made about the NRL’s stadium strategy in 2016, advising "the bloated NRL has paid-for infrastructure coming out of its ears.

“What a pity all that money is being spent, merely on touching up one old venue (Allianz), and making a bigger venue (ANZ) marginally smaller. All the while, one of the most famous old suburban homes of football, St George Stadium, sits and rots.

“It would be the perfect fit for both a new, football-specific stadium, and a training hub for Sydney FC, and national teams. Sadly, as per usual, the NRL made all the noise.”

In 2012, NSW Government's Stadia Strategy highlighted that NSW had too many stadia, particularly in metropolitan Sydney, and that many stadia in NSW are underutilised with limited community access.

Speaking on the release of the report, then NSW Minister for Sport and Recreation and current NRL Head of Football Elite Competitions Graham Annesley, stated "for the first time in NSW we now have a strategy which will be used to guide future planning, and provide the framework for government policy and investment decisions."

In 2015, the NRL has announced a broadcast rights deal with Fox Sports and Channel Nine worth $1.8 billion across five years from 2018.