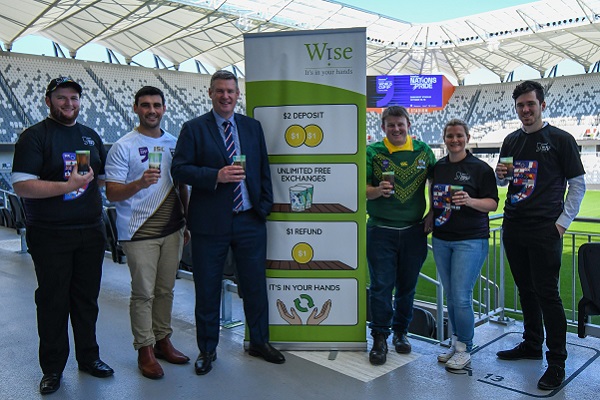 In a significant environmental breakthrough, thousands of single-use disposable plastic cups will be saved from landfill when rugby league fans drink from reusable beverage beer cups at the Downer Rugby League World Cup 9s at Bankwest Stadium over the next two days.

Following an agreement between Venues NSW and reusable beverage cup supplier, WISE - It’s In Your Hands, reusable beer cups will be provided to all public areas at Bankwest Stadium.

Over 60 million single-use disposable plastic cups are used in Australia each year - enough to easily fill Bankwest Stadium - but most end up in landfill or are littered in harbours, rivers, creeks and waterways.

Instead of single-use plastic cups being discarded into rubbish bins or littered in the seating bowls, Nines fans will purchase their first drink in a re-usable cup and pay a one-off $2 fee for use of the cup. When they purchase subsequent drinks, the beverage is poured into a fresh, new cup at no further charge and there are unlimited free exchanges.

At the end of each day’s play, fans can return their beer cup to the outlet for a $1 refund or donate that $1 to charity partners, Men of League and the Salvation Army, which will evenly split donation monies. 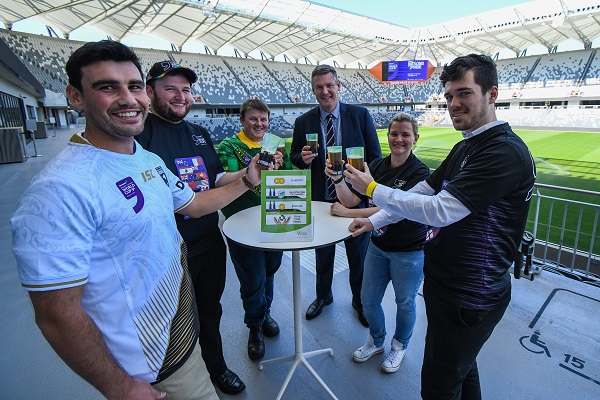 WISE - It’s In Your Hands co-founder, Craig Lovett, said the reusable cups are a game-changing product, commenting “our reusable cups are the closest product available to replicating pouring into glass. WISE reusable cups are safer, sturdier and most importantly, sustainable. For beer drinkers, it provides a perfectly poured beer.”

Expecting fans to embrace the reusable cups saying, NRL Chief Executive, Todd Greenberg advised “collectively, we all have a responsibility to provide environmental solutions to plastic waste and this includes events such as the Downer Rugby League World Cup 9s.

“We also anticipate Men of League and the Salvation Army will benefit from the generosity of rugby league fans.”

Paul Doorn, Chief Executive of Venues NSW - the entity that oversees Bankwest Stadium on behalf of the NSW Government - confirmed the reusable cups are a smart alternative to plastic waste.

“We are delighted to support environmental initiatives and provide the WISE sustainable cups for rugby league fans at the NRL World Cup 9s.

Doorn added “Bankwest Stadium was built locally and sustainably, and the venue is on track to achieve the LEED - Leadership in Energy and Environmental Design - Gold V4 Rating, the most widely recognised green building rating system in the world.

“We are committed to delivering a sustainable venue in Sydney, meeting the highest standards in waste management and recycling initiatives.”

About WISE: WISE - It’s in Your Hands is a wholly-owned Australian company that supplies re-usable cups to stadia, events and festivals. Its mission is to remove single-use disposable cups from the environment and replace them with reusable cups.