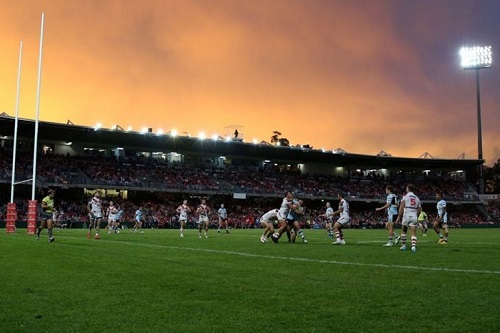 Georges River Council has announced Network Strata Services as the new naming rights sponsor of Kogarah’s Jubilee Stadium for the next three years.

Georges River Council Mayor, Kevin Greene, said he was pleased Netstrata had come on board as naming rights sponsorship of venue - home to the St George Illawarra Dragons and temporary home to Sydney FC.

Mayor Greene advised “I am delighted to announce Netstrata, a locally-based company with a strong history in the Georges River area, as the naming rights sponsor of Netstrata Jubilee Stadium.

“Netstrata enters into the partnership at an exciting time for the stadium as its profile continues to increase, becoming a sought-after venue for professional football clubs and elite training.

The Dragons will host a fan day and the club’s first trial against the Newcastle Knights at Netstrata Jubilee Stadium on Saturday 23rd February.