Redfern Park and Oval recognised as a heritage site

Redfern Oval, traditional home of the South Sydney Rabbitohs, has been added on the NSW State Heritage Register.

NSW Heritage Minister Gabrielle Upton said the addition of Redfern Park and Oval to the register recognises its important role in shaping sporting, cultural and social movements over many generations, commenting “it may surprise some people to learn that the site of what is now Redfern Park and Oval was once a wetland that connected the Tank Stream in the new colony with Botany Bay.

Minister Upton said Redfern Park and Oval has been an important site for Aboriginal culture and heritage for hundreds of years, advising “Redfern Park hosted protests which led to changes in Aboriginal rights, was a corroboree ground and continues as a meeting place for Aboriginal people.

“Not only is the park significant for Aboriginal people, but it is also a remarkable example of 19th century park design and is a precious green space in the heart of the city, with trees considered to date back to the original 1886 plantings.”

Minister Mitchell added “this announcement means Redfern Park and Oval will forever be recognised as a significant historic site.

“It’s fantastic to see that this site, which has been a special meeting place for so long, will continue to be the epicentre of Aboriginal culture, activism and self-determination for years to come.” 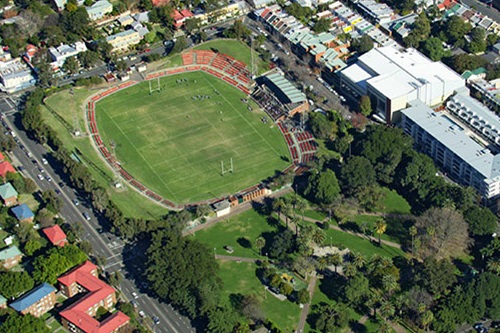 Redfern Oval also has a long association with the NSW Rugby League as the original home of the South Sydney Rabbitohs.

Other League sides including the Redfern All Blacks and La Perouse United Aboriginal teams also trained there.

Moran concluded “Aboriginal people have always been part of this story starting way back as the homelands of the Gadigal people of the Eora Nation.

“It has significance as the home of the South Sydney Rabbitohs, as the finest players in Souths’ history have been Aboriginal, be it Greg Inglis today or previously the goal kicking whiz, Eric Simms and the inspirational captain, John Sattler, who once played a whole grand final with a broken jaw.

“It is also the place where Redfern All Blacks hosted numerous Aboriginal rugby league knockouts, the single largest gathering of Aboriginal people nationally.”