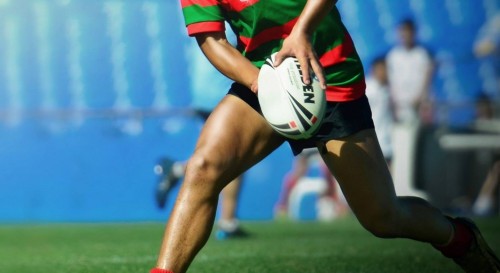 The development will see the NRL club relocate from its historic home at Redfern Oval, redeveloped at a cost of $19.5 million just five years ago, to Maroubra's Heffron Park.

With Randwick City Council, the Rabbitohs will build a High Performance Community Centre as part of a 5,000 metre2 facility that will include a gymnasium, indoor sports arena, a high altitude chamber, rehabilitation pool and community facilities.

The centre will also provide a new home for Souths Cares the community service organisation which is heavily involved with sporting clubs and schools in the Maroubra area.

The Council claim that the NRL club's use of Heffron Park will not restrict future uses by site leaseholder, Marcellin College, Randwick or local sporting clubs.

This construction of the centre is expected to take about two years, with the Rabbitohs expected to move to Maroubra when their lease at Redfern Oval expires in 2017. However, the Club aims to continue to use the ground for junior games and 'Return to Redfern' matches.

A delighted Souths Chief Executive Shane Richardson stated "this is an exciting project for the Club, truly a watershed moment for the future of the Rabbitohs, and it will allow us to go to the next level both on and off field, whilst staying in the South Sydney district."

However, the Redfern business community has voiced its concern about the potential loss of their beloved Rabbitohs with South Sydney Business Chamber President Mary Lynne Pidcock saying "the Rabbitohs are an integral part of our community and part of our history."

The Rabbitohs' motivation for the move is based on an apparent unwillingness by the City of Sydney to further upgrade the venue, with Richardson explaining "we approached City of Sydney council but they didn't want to do any extensions at Redfern Oval. We have outgrown that site."

Between 2006 and 2008, Redfern Oval underwent a $19.5 million overhaul to transform it into a facility for the wider Redfern community. The venue was reborn with a grandstand with tiered-seating for 2,500 spectators, player facilities and a community meeting room, while further facilities for the Rabbitohs are situated in the basement level.

At the time capacity was reduced from historic levels of more than 20,000 to around 5,000. Since then the venue has been the main training headquarters of the foundation NRL club and has hosted at least one pre-season game per year has been played at Redfern with the Rabbitohs playing their home games at ANZ Stadium.

With the Federal Government seemingly using sports facility funding commitments to entice voters to back Labor at the upcoming Federal election, industry rumours abound that an announcement on the funding of a major stadium in Western Sydney may be forthcoming during the campaign.