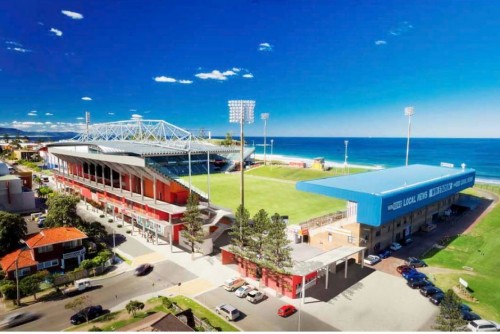 NSW Minister for Sport and Recreation Graham Annesley has announced appointments to the Board of the State's Venues NSW agency.

Anouncing the board appointments Minister Annesley stated "it's with great pleasure I formally announce the Venues NSW Board.

"I am particularly pleased to announce the very experienced sports administrator, John Quayle, will be the inaugural Chair and I congratulate him on his appointment."

Quayle, who resides in the upper Hunter Valley, has extensive experience in sports and venue management, having been the General Manager of Venues and Precincts for the Sydney 2000 Olympic Games as well as being a consultant for the 2004 Athens Olympics, 2006 Asian Games and the 2007 Pan American Games. Quayle was also a long serving Chief Executive of the NSW and Australian Rugby Leagues in the 1980s and 1990s.

Minister Annesley added "this marks the beginning of a new era for the management of public sporting assets, and Venues NSW will be working very closely with the three regional Local Venues Council to ensure local community views are considered."

"As I have said before local representation and community involvement remain a central focus of the new structure with the Illawarra, Hunter and Western Sydney Local Venues Council to continue to play a vital role. I am very pleased the Board of Venues NSW will include 50% regional representation."

"The NSW Government is looking forward to working with Mr Quayle and Venues NSW to ensure the valuable community assets they oversee deliver the best possible outcomes for the people of NSW."

The following representatives will join John Quayle on the Venues NSW Board:

Glenn Turner - the current Chair of the Hunter Region Sporting Venues Authority. Turner has also had experience as chairperson and senior executive across many industry sectors over his career including Chair of Hunter Water and the Hunter Medical Research Institute Foundation. Turner is also an accredited mediator and arbitrator.
Craig Gallagher - the current Chair of the Parramatta Stadium Trust and previously a member of the State Sports Centre Trust. Gallagher is currently a Partner at Hunt & Hunt Lawyers and a Director of Bendigo Bank North Epping.
Vicki Tiegs - the current Chair of the Illawarra Venues Authority. Tiegs has held a number of positions in sport and tourism including Director of Tourism Wollongong and the Illawarra Academy of Sport. Tiegs has also done work with charities including the National Breast Cancer Foundation, Legacy, Farmhand and the Australian Red Cross.
John Dorahy - after an international career as a rugby league player, studied accountancy and has held senior positions in business management and the finance and security industries. Elected as a Wollongong City Councillor in 2011.
Scott Lennon - has extensive experience in infrastructure economics including as a key adviser to State and Federal Governments and private industry on major infrastructure projects. Bachelor of Agricultural Economics, Graduate Diploma in Investment and Finance.
Jane Spring - experienced sports administrator. Bachelor of Economics (Hons), Bachelor of Law, Masters in Public Administration, Company Director Qualification.
Janett Milligan - Office of Communities Representative.