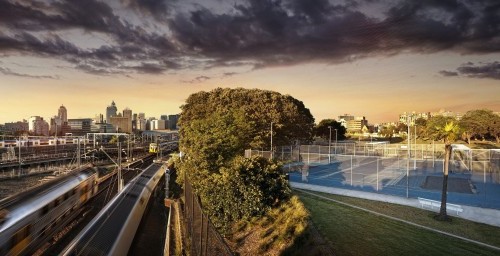 Sydneysiders will have more opportunities for a healthy outdoor lifestyle under the City of Sydney’s $400 million plan for open space and new recreation and sporting facilities.

The City’s open space, sport and recreation plan recommends park and sporting upgrades and new open space over the next 15 years, which would lead to an extra 36 hectares of open space for recreation across the local area by 2030.

She explained “three quarters of our residents live in apartments – the city’s parks and playgrounds are their backyards.

“Since 2004, we’ve spent more than $270 million on more than 50 new or upgraded sporting facilities, parks and playgrounds.

“We know there’s more that can be done, which is why we’ve had extensive discussions with local sporting groups, developed a strategy that outlines how we can meet future demand, and budgeted another $400 million over the next 15 years to create an extra 36 hectares of open space for recreation across our local area.”

The City has spent more than $270 million over the last 10 years on open space, sport and recreation. This includes award-winning new facilities such as Prince Alfred Park and Pool and a state-of-the-art sports field, grandstand and training area for Redfern Park and Oval. Other improvements include playing fields at Jubilee Oval and Waterloo Oval as well as 48 new or upgraded playgrounds.

The study reviewed population trends, sports participation and best use of community space for residents and groups. It accounts for facilities such as aquatic centres, gymnasiums, parks, ovals and sports fields, and outdoor and indoor courts as well as the use of new technologies and approaches.

The City owns or manages around 189 hectares or public open space. When the open space managed by other agencies is included, there is total of 386 hectares, representing around 14.8% of the local government area. With the study’s recommendations in place, this will increase to 16.2%. The NSW Government’s Recreation and Open Space Planning Guidelines for Local Government recommend 15%, a benchmark the City will comfortably exceed.

• Increasing the number of parks, sports and recreation areas across the city with over $400 million allocated across the next 10 years;
• Upgrading Hyde Park, Victoria Park and Observatory Hill Park;
• Providing five new sports fields, including Gunyama Park, Green Square, Perry Park and Alexandria;
• Building recreation spaces at Garraway Park, Green Square, McPherson Park, Ashmore Estate, Harold Park and Forest Lodge;
• Developing partnerships with schools and other agencies to increase access to sports fields; and
• Increasing skate facilities at Federal Park, Sydney Park and Green Square.
• The City will work with the community to discuss partnerships and sharing space to increase opportunities for community sport and recreation.

The draft study is open for feedback at www.sydneyyoursay.com.au