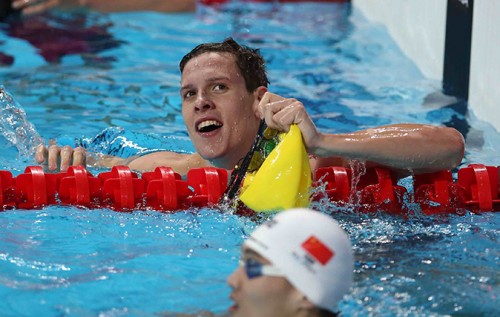 To be held from 7th to 14th April, the eight-day meet will see Australia’s current individual FINA world champions from Kazan, Mitch Larkin, Emily Seebohm and Bronte Campbell lead a host of fellow Dolphins, young and old, who will all be chasing their dreams in Rio.

Larkin and Seebohm finished 2015 on top of the backstroking world after a whirlwind six months with Seebohm and Bronte Campbell also sharing the prestigious Hancock Prospecting Australian Swimmer of the Year Award.

Adelaide will provide a much anticipated battle with the clock and against a host of hungry opponents, keen to test the waters in the ‘Race to Rio’.

Swimming Australia Chief Execuitve Mark Anderson sees that the 2016 Championships are eagerly awaited, explaining “everyone at Swimming Australia is excited to be back in Adelaide for our ‘Race to Rio’ – I know the swimmers are eager for selection and to represent the country with pride

“It has certainly been an encouraging build up from Kazan and Glasgow last year where the teams performed so well – April in Adelaide will be the icing on the cake.”

Among the myriad of stars will be Olympic legend Grant Hackett – who has a total of seven medals from three Games – three of them gold.

Hackett and backstroker Ashley Delaney are the lone survivors from the 2008 men’s team, who will line up in Adelaide, while eight women from Beijing will also race eight years later.

The women’s class from 2008 – all gunning for a third Olympics - will be led by South Australia’s Sally Hunter, a 200 metre breaststroke finalist from London, who will be joined by Olympic relay gold medallists, Bronte Barratt, Cate Campbell, Kylie Palmer, Mel Wright (nee Schlanger), Alicia Coutts and Seebohm, as well as 200 metre backstroke finalist Belinda Hocking. 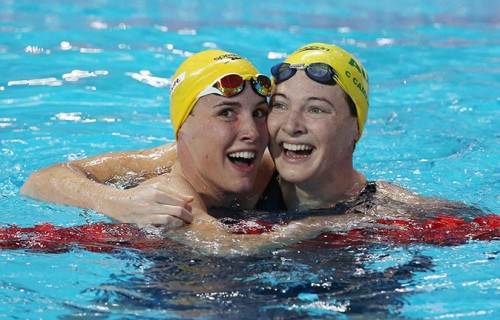 Established stars, that also include James Magnussen, Cam McEvoy, Cate Campbell and Jessica Ashwood, will be joined by a host of new faces chasing Olympic berths for the first time.

A new generation of elite swimmers, including names like Emma McKeon, Taylor McKeown, Madi Wilson, Maddie Groves, Kyle Chalmers, David Morgan, Mack Horton and Jake Packard will be primed for a crack at their first Olympics.

Kazan and Glasgow brought out the best in the Dolphins, with some encouraging signs, for National Head Coach, Jacco Verhaeren.

Verhaeren, who has been contracted to Swimming Australia until the 2020 Olympics in Tokyo, explains “the World championships provided an ideal launch pad and I was very impressed with the way they performed in the pool and also how they came together as a team

“And since then I have been very encouraged by the attitude of the athletes and the coaches and I believe we are heading towards some very exciting swims at the Australian Championships.

“I know I am excited and I am sure at the end of it we will have great teams representing Australia in Rio.” 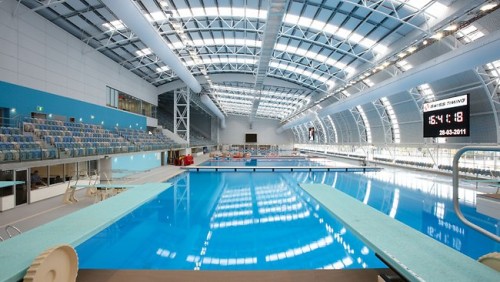 Opened in 2011, the $100 million SA Aquatic & Leisure Centre replaced Sydney as the home of Australia's Olympic swimming selection trials in advance of the 2012 Olympics.

The 2016 Hancock Prospecting Australian Swimming Championships are being staged from Thursday 7th to Thursday 14th April 2016.