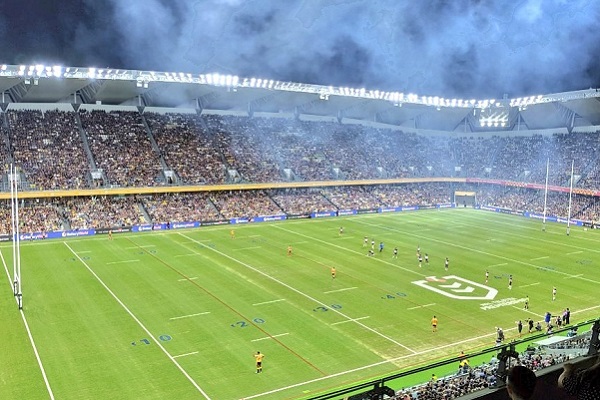 The North Queensland Cowboys hosted its first fixture at the new Queensland Country Bank Stadium in Townsville last night, playing the Brisbane Broncos in front of a crowd of 22,459.

While the Queensland derby saw the Broncos emerge victors, local businesses are hopeful that the new will reinvigorate the economy of Townsville’s CBD.

Tickets to the first Cowboys match sold out in record time while hotels around the city were fully booked on game night.

Built at a cost of $293 million, and backed by Federal and Queensland Government funds, the major infrastructure project has opened its gates after two and a half years in construction.

While expected to run at a loss, the venue is anticipated to create 1,000 jobs during major events as well as providing a wider economic boost. 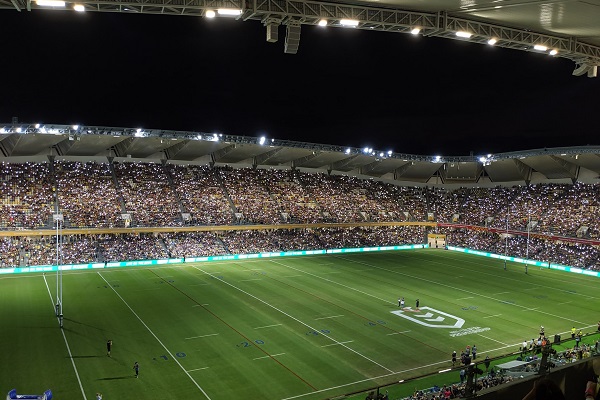 Commenting on the new venue, Cowboys’ great Johnathan Thurston stated “every time I see it, it gives me goosebumps - it's a world-class stadium.”

Thurston was among many locals who lobbied for the new venue, using his victory speech at the 2015 NRL grand final to lobby for funding.

The former Cowboys star, who has been immortalised in a life-size bronze statue outside the venue, added “not only does it attract the Cowboys home games, but hopefully we can attract world-class events here to the stadium - that's what it was built for."

Sir Elton John was the first act to play at the venue, playing in front of more than 20,000 fans on Saturday 29th February. 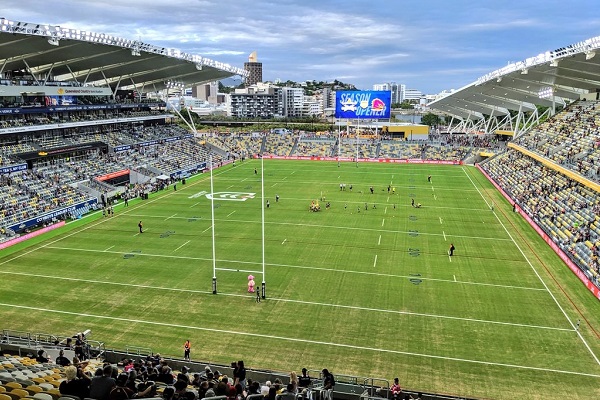 The stadium was built with $193 million of Queensland Government funding and a $100 million contribution from the Federal Government.

It replaces the suburban Willows Sporting Complex which opened in the 1990s on the outskirts of the city.

The venue will host a 10-round super welterweight on 22nd April with Tim Tszyu to take on Jeff Horn, in boxing bout named the ‘Rumble on the Reef’.

Australasian Leisure Management contributor Blair Hughes will be writing a feature on the Queensland Country Bank Stadium in the next issue of the magazine.